One of the world's first high-altitude observatories was built atop ice-covered Mont Blanc, in France. It took its first observations in September 1893. It was the creation of French astronomer Jules Janssen, who studied the Sun. The small observatory, shown here from several angles, had telescopes for watching the Sun and other objects. All of the materials for the building had to be carried to the summit by hand, requiring hundreds of grueling trips. Janssen himself, who was nearing 70, was carried to the top on a sled. The observatory was abandoned in 1909 when a crevasse opened beneath it.

Find out more in our radio program entitled
High Climber 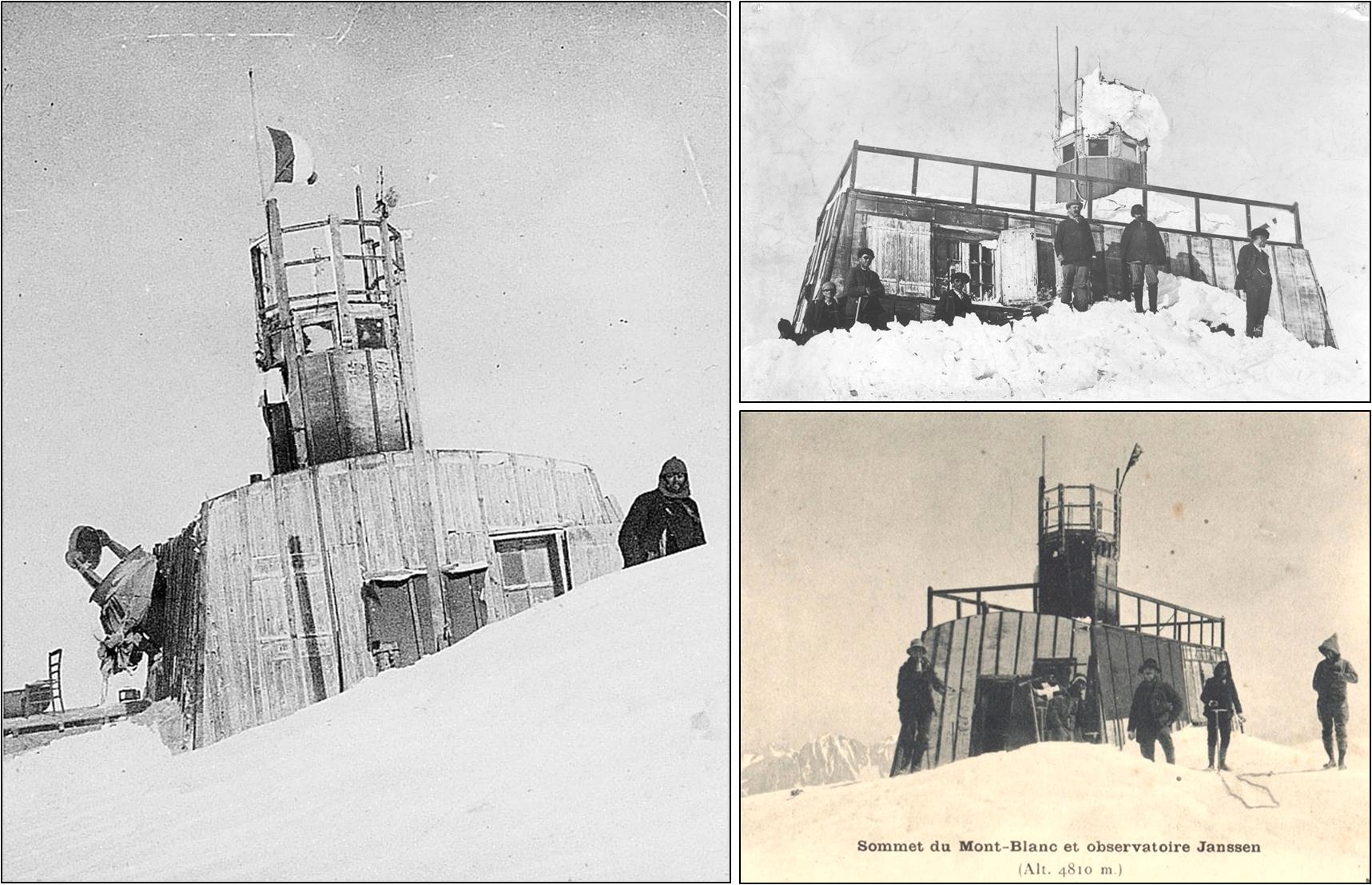