Albert Einstein (center) became world famous even without social media after the results of observations of the solar eclipse of May 29, 1919 (upper right), were published later that year. Einstein's theory of gravity, General Relativity, predicted that, during an eclipse, the positions of stars that appeared near the Sun would be deflected slightly by the Sun's gravity. (See diagram at left, published in late 1919). Sir Arthur Eddington (lower right) led one of two British expeditions to observe the eclipse, as well as the effort to analyze the observations. The analysis confirmed Einstein's predictions, turning the German scientist into an international celebrity. Some later analyses questioned Eddington's results, but work in recent years seems to confirm his results. In any event, General Relativity has been confirmed in many other tests since then.

Find out more in our radio program entitled
Weighty Eclipse 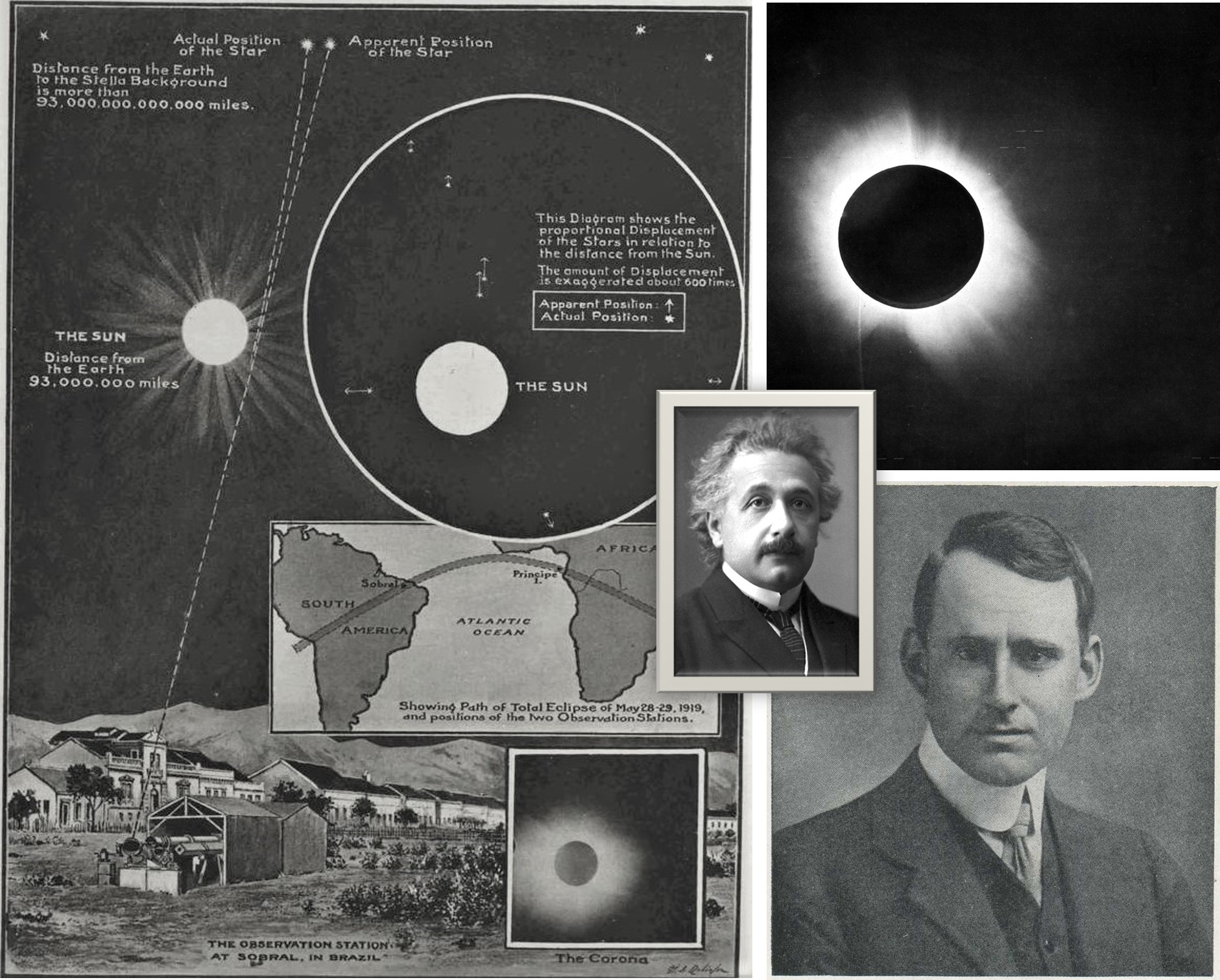