The BepiColombo spacecraft snapped this image of Mercury as it zipped past the planet on June 23. A sequence of images has been combined to create a video of the encounter. The European probe is scheduled to make four more passes by Mercury, using the planet's gravity to tweak its orbit around the Sun. That will allow it to enter orbit around Mercury in 2025. [ESA/BepiColombo/MTM] 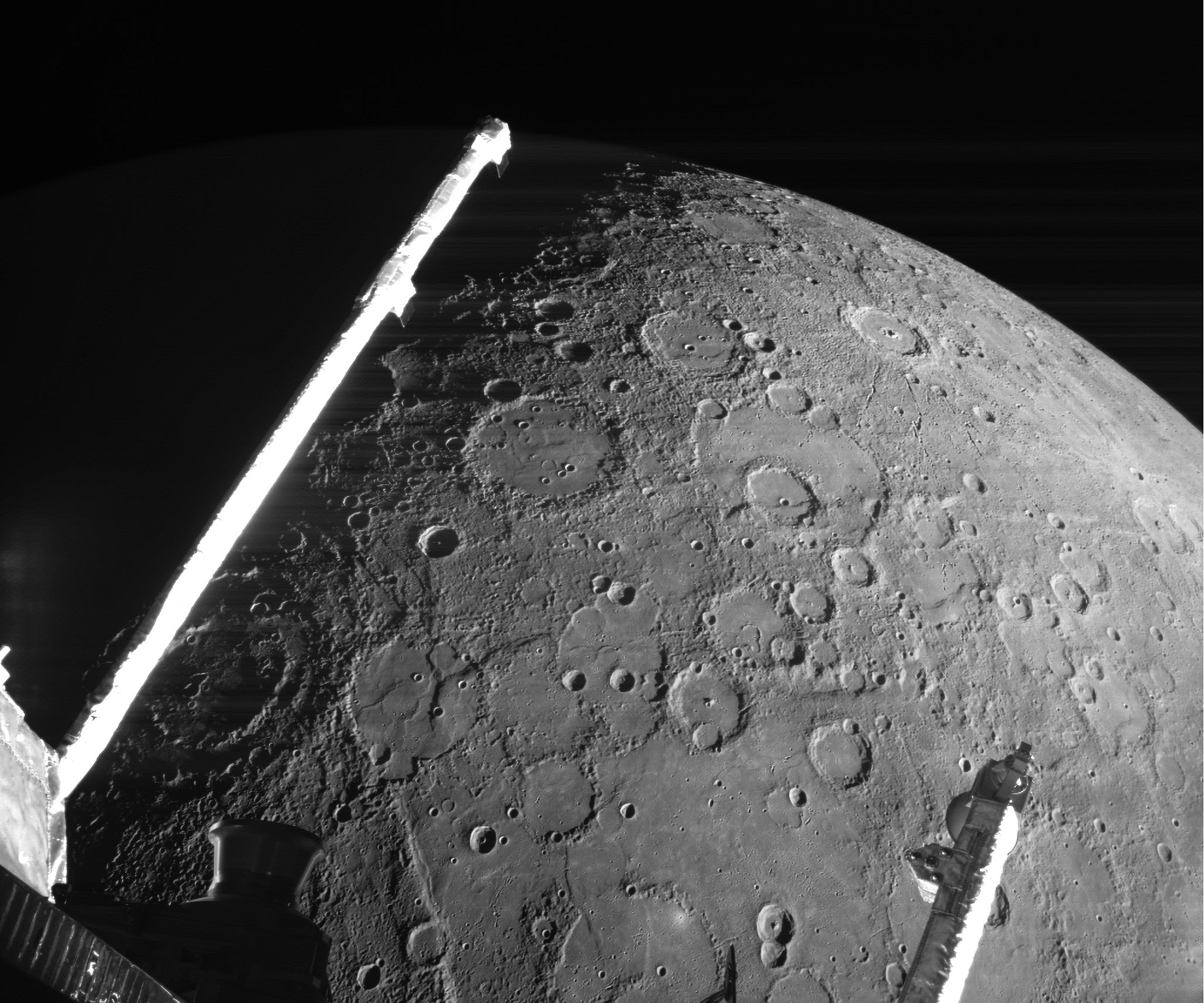