Mockups of two generations of Soviet/Russian lunar landers are shown side by side. At left is Luna 16, which returned a few ounces of lunar soil to Earth on September 24, 1970. It was the first robotic sample return from any other astronomical body. At right is a 2015 concept for Luna 25, which will continue the Luna program that was abandoned in 1976. Plans call for launch late next year, with the craft to land in a crater near the Moon's south pole. [bembmv/Pline; Wikipedia]

Find out more in our radio program entitled
Lunas 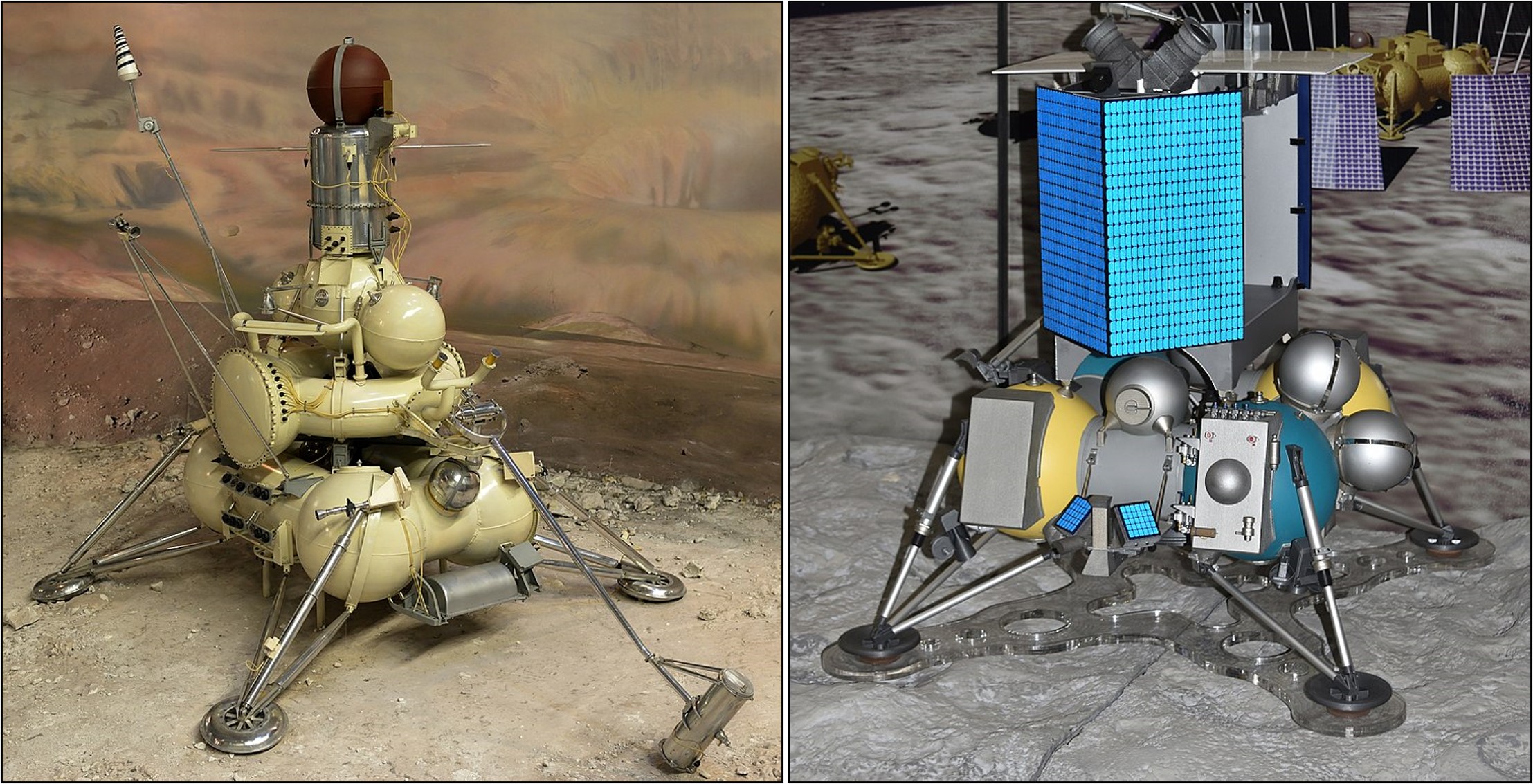