This Hubble Space Telescope image shows what could be the result of a celestial bullseye. Hoag's Object is a ring galaxy. It has a dense knot of fairly old, reddish stars in its middle, encircled by a ring of younger, hotter, bluer stars. The galaxy originally might have been a spiral. Long ago, though, another galaxy might have punched through its middle, stirring up the stars and creating the ring pattern. One problem with this idea, however, is that astronomers have not found a second galaxy that could have been the "bullet" that punched through Hoag's Object. [NASA/Hubble Heritage Team (STScI/AURA)]

Find out more in our radio program entitled
Ring Galaxies 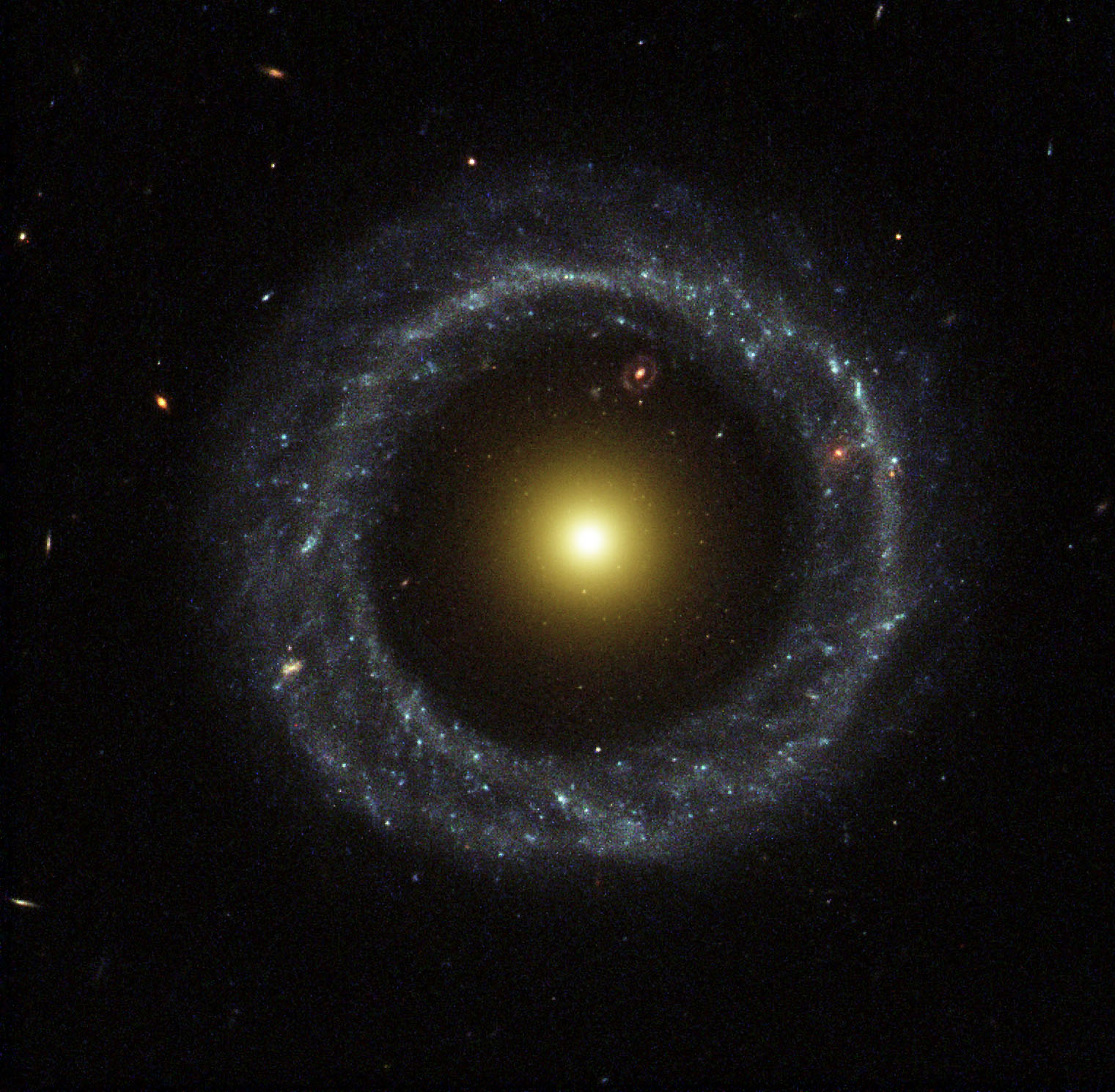