The gravity of a massive cluster of galaxies distorts the view of galaxies behind it, creating bright arcs and strips in this recent Hubble Space Telescope image of Abell 370. The image was snapped as part of a lengthy investigation of giant galaxy clusters by Hubble and other large space telescopes. The image shows hundreds of individual galaxies. The largest and most massive are giant ellipticals, which look like fuzzy footballs. The cluster is about six billion light-years away, in Cetus, the sea monster. [NASA/ESA/HST Frontier Fields] 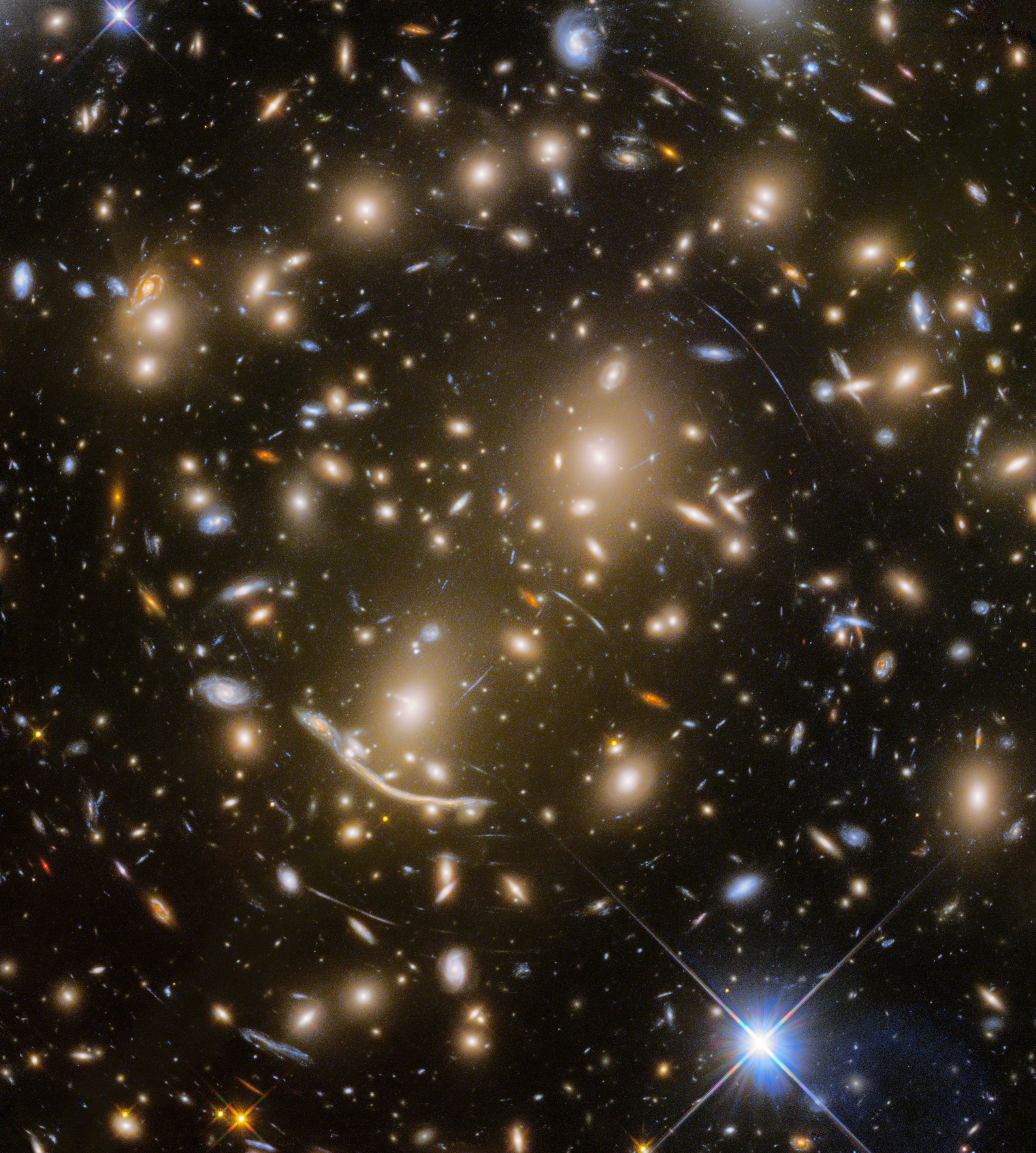