A new image shows two giant clouds of gas and dust in the Milky Way Galaxy. NGC 6334 (top right), which is 5,500 light-years away, is also known as the Cat's Paw Nebula. NGC 6357 (bottom left), which is 8,000 light-years away, is known as the Lobster Nebula. Both are stellar nurseries, giving birth to new stars. Hot, vigorous young stars emit copious amouts of ultraviolet energy, which zap atoms of hydrogen and other elements, causing the clouds of gas to glow. [ESO] 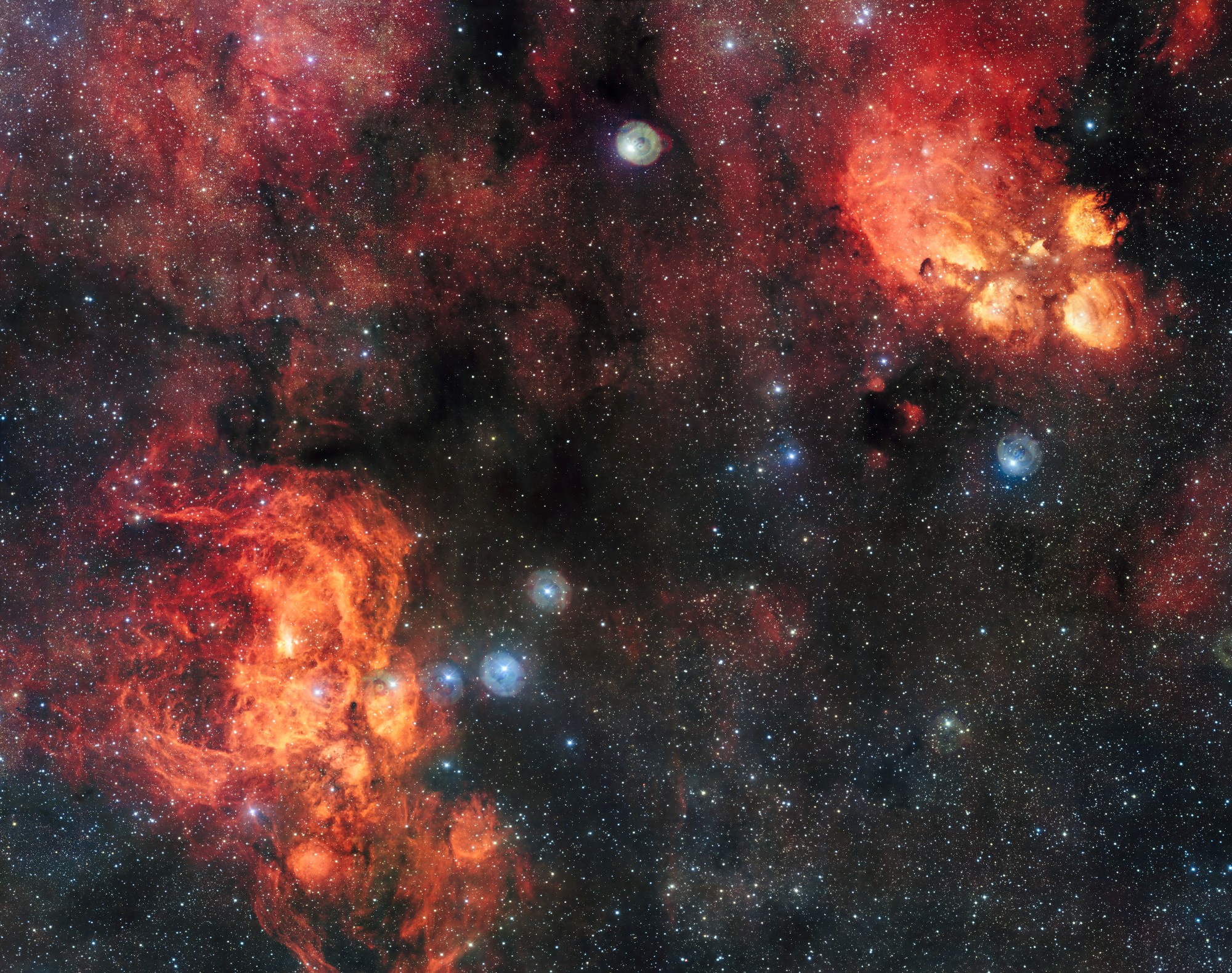