A new image from Hubble Space Telescope shows NGC 3256, which is the aftermath of a collision between two spiral galaxies. NGC 3256 is about 100 million light-years from Earth. Astronomers say it underwent a collision about 500 million years ago. The encounter flung great streamers of stars out away from the galaxies. Clouds of gas and dust (outlined by the dark streaks) rammed together, creating vast stellar nurseries that are giving birth to millions of new stars (some are visible as bright yellow and red blobs). The encounter has left the merged galaxies with a distorted appearance. When the merger is complete, NGC 3256 likely will be an elliptical galaxy, which is a relatively bland, featureless collection of stars shaped a bit like a lozenge. [NASA/ESA] 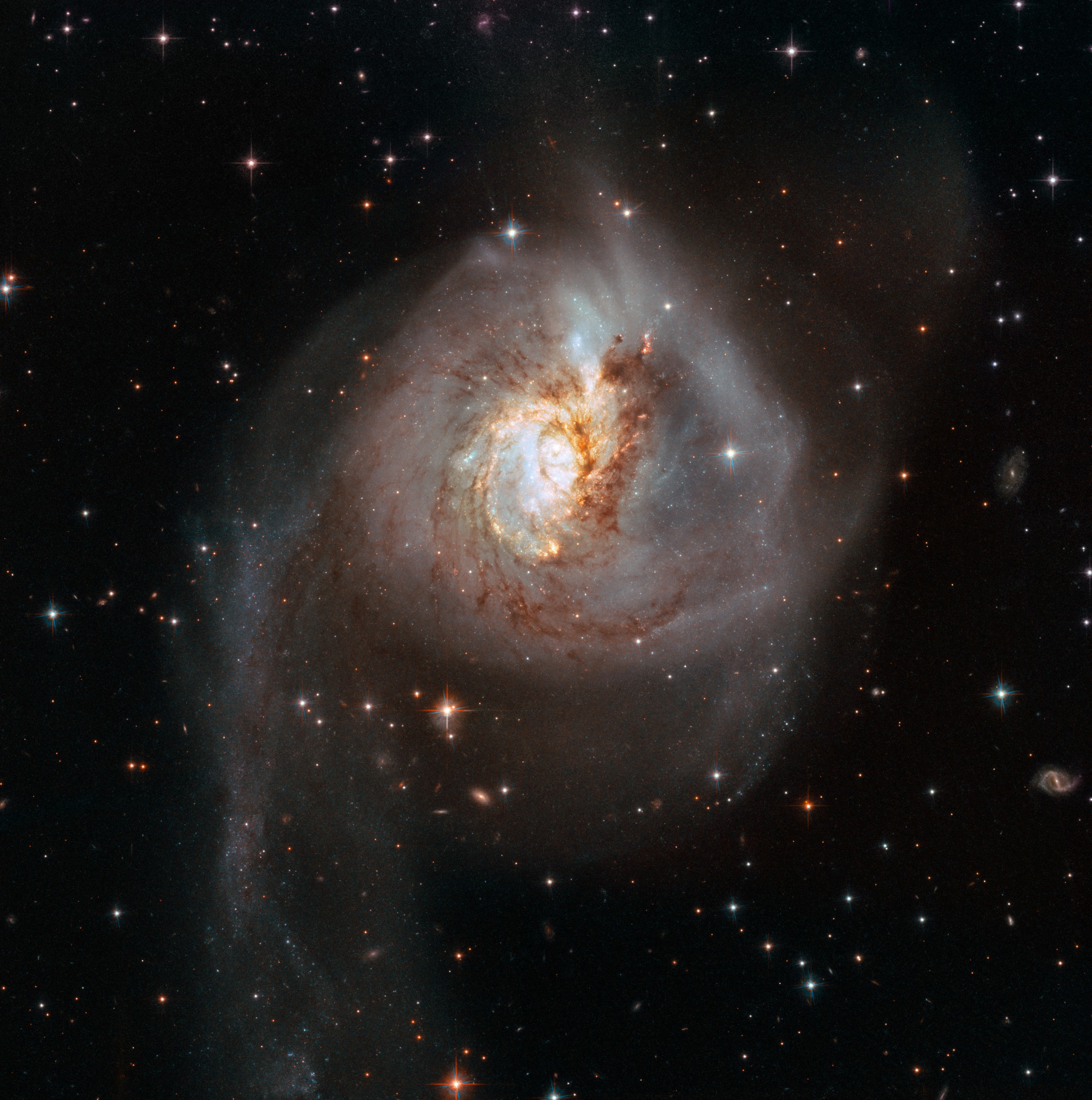