A star that generates a magnetic field that could be a trillion times stronger than Earth's lurks near the supermassive black hole at the center of the Milky Way galaxy. This image shows an X-ray view of the galaxy's core, with insets showing the view near the supermassive black hole (known as Sagittarius A*, SGR A* for short) in 2008 and 2013. The magnetic star, known as a magnetar, was quiet during the 2008 observations, but was producing an enormous burst of X-rays in 2013 which led to its discovery. [NASA/CXC/INAF/F. Coti Zelati et al.]

Find out more in our radio program entitled
Galactic Magnet 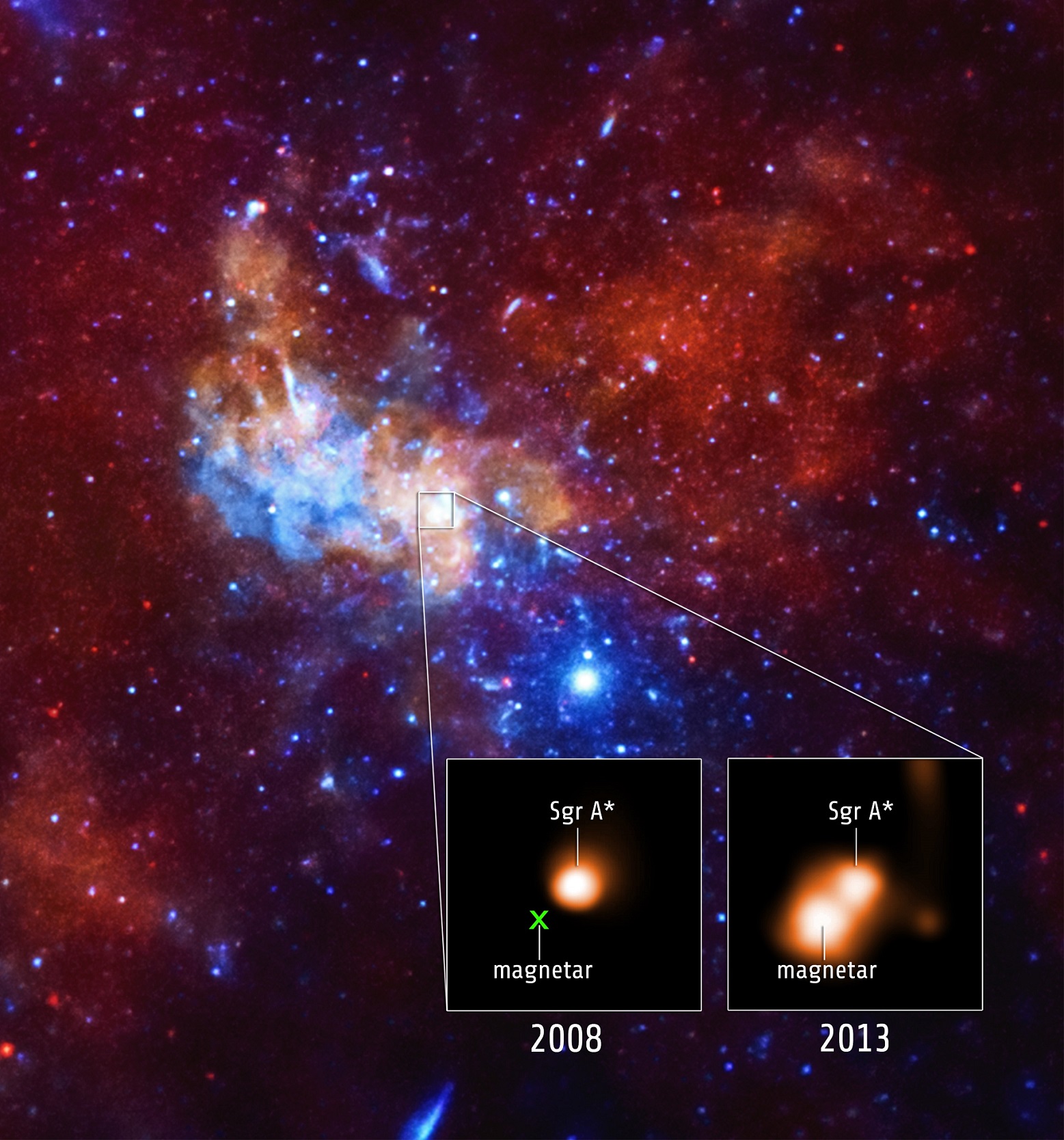