NGC 247 is a spiral galaxy in the Sculptor Group, one of the closest galaxy clusters to our own. It's a little smaller than our home galaxy, the Milky Way, but it is giving birth to more stars than the Milky Way. One of the galaxy's most prominent features is a dark zone on the right side of this image. The void contains a few old, faint stars but almost no young, bright ones. A recent study says the void could have formed when a blob of dark matter plunged through the galaxy's disk, scattering its stars. [European Southern Observatory]

Find out more in our radio program entitled
Sculptor Galaxies 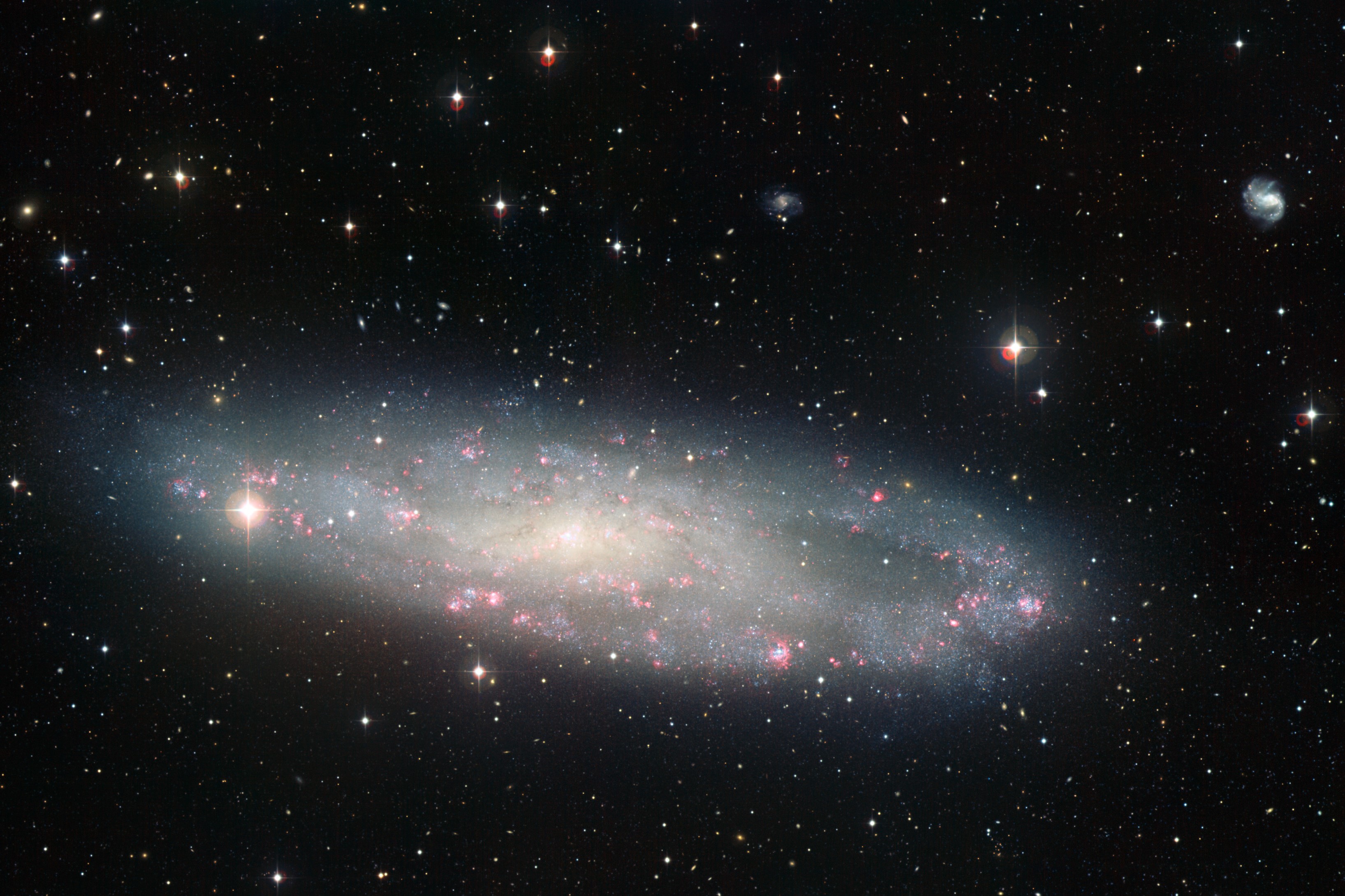