Lanes of dark dust speckled with stellar nurseries highlight this new view of Centaurus A, a giant galaxy about 12 million light-years from Earth in the southern constellation Centaurus. The galaxy probably formed when a spiral galaxy merged with a giant elliptical galaxy. Hundreds of billions of stars produce a bright glow in the center that fades toward the galaxy's periphery. Stellar nurseries, which shine bright red in this image, are giving birth to millions of new stars. [CTIO/NOIRLab/DOE/NSF/AURA] 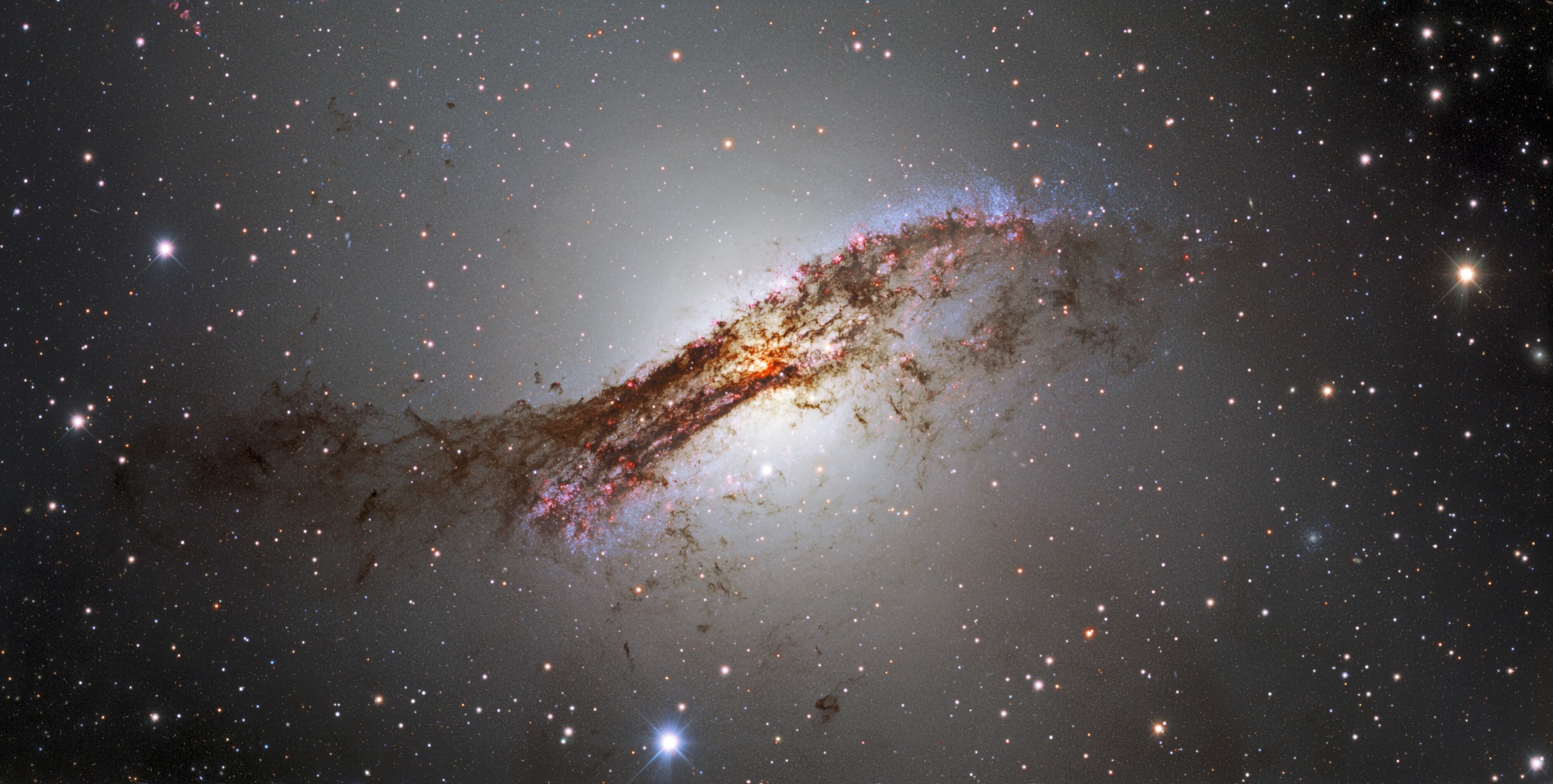