Scores of galaxies in the Fornax Cluster sparkle in this recent image from the European Southern Observatory. The cluster, which is about 65 million light-years away, contains about 60 giant galaxies and many smaller ones. Its largest galaxy, NGC 1399, is the fuzzy yellowish object at left center. The galaxy at lower right, NGC 1365, is a barred spiral, somewhat similar to our home galaxy, the Milky Way. A supermassive black hole sits at the galaxy's heart, pumping out enormous amounts of radio waves as it swallows clouds of gas and dust around it. [ESO/Aniello Grado, Luca Limatola] 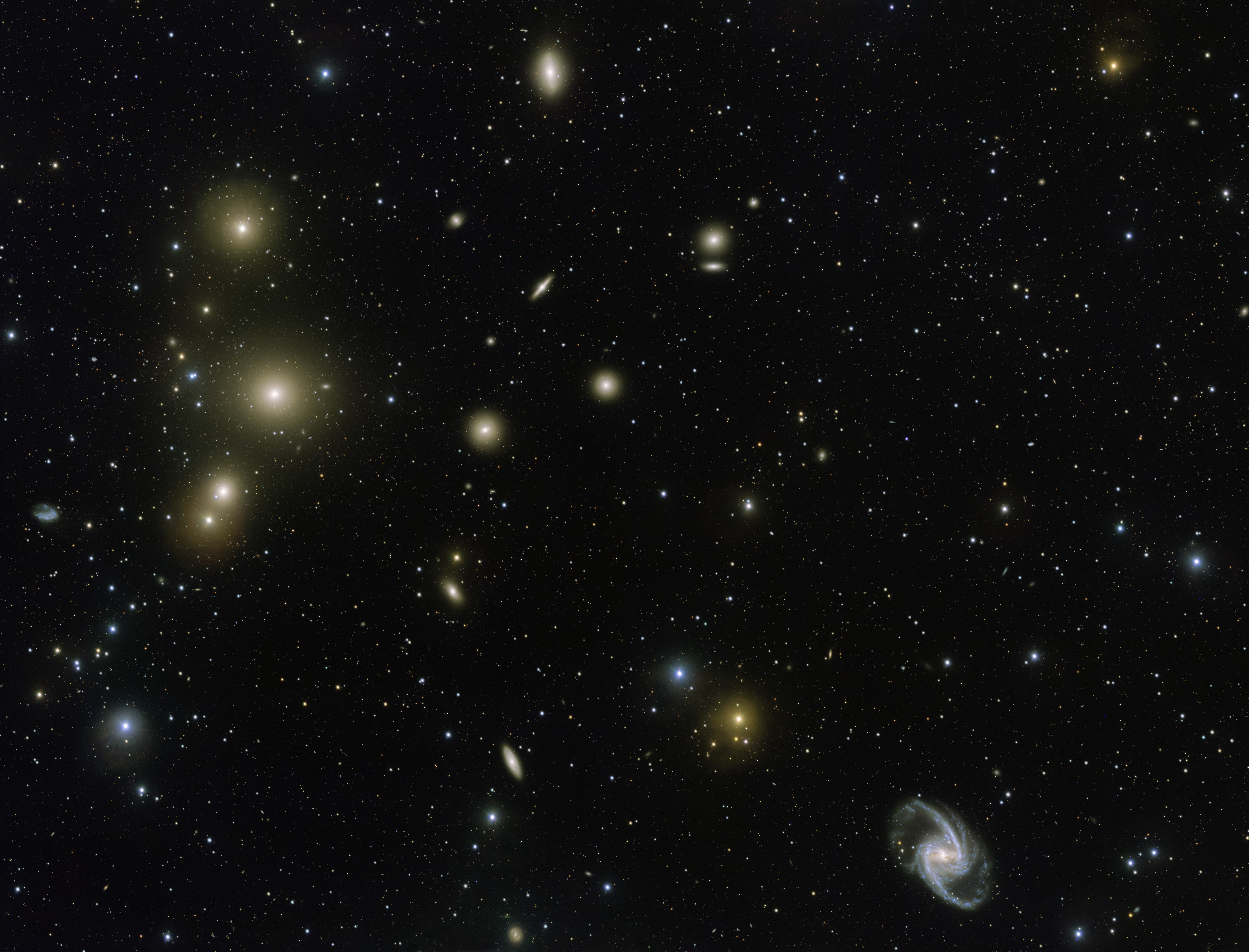