A giant "bar" of stars slashes across the center of NGC 2217, a spiral galaxy about 65 million light-years away, in Canis Major, the big dog. The galaxy is roughly the same size as our home galaxy, the Milky Way, which also has a central bar. The bar may have been created by the gravitational influence of another galaxy, which passed close to NGC 2217. The bar funnels gas and dust from the galaxy's spiral arms toward its center. That causes big clouds of gas and dust to collapse and give birth to new stars. It also feeds the supermassive black hole at the center of the galaxy. [ESA-Hubble/NASA/J. Dalcanton]

Find out more in our radio program entitled
NGC 2217 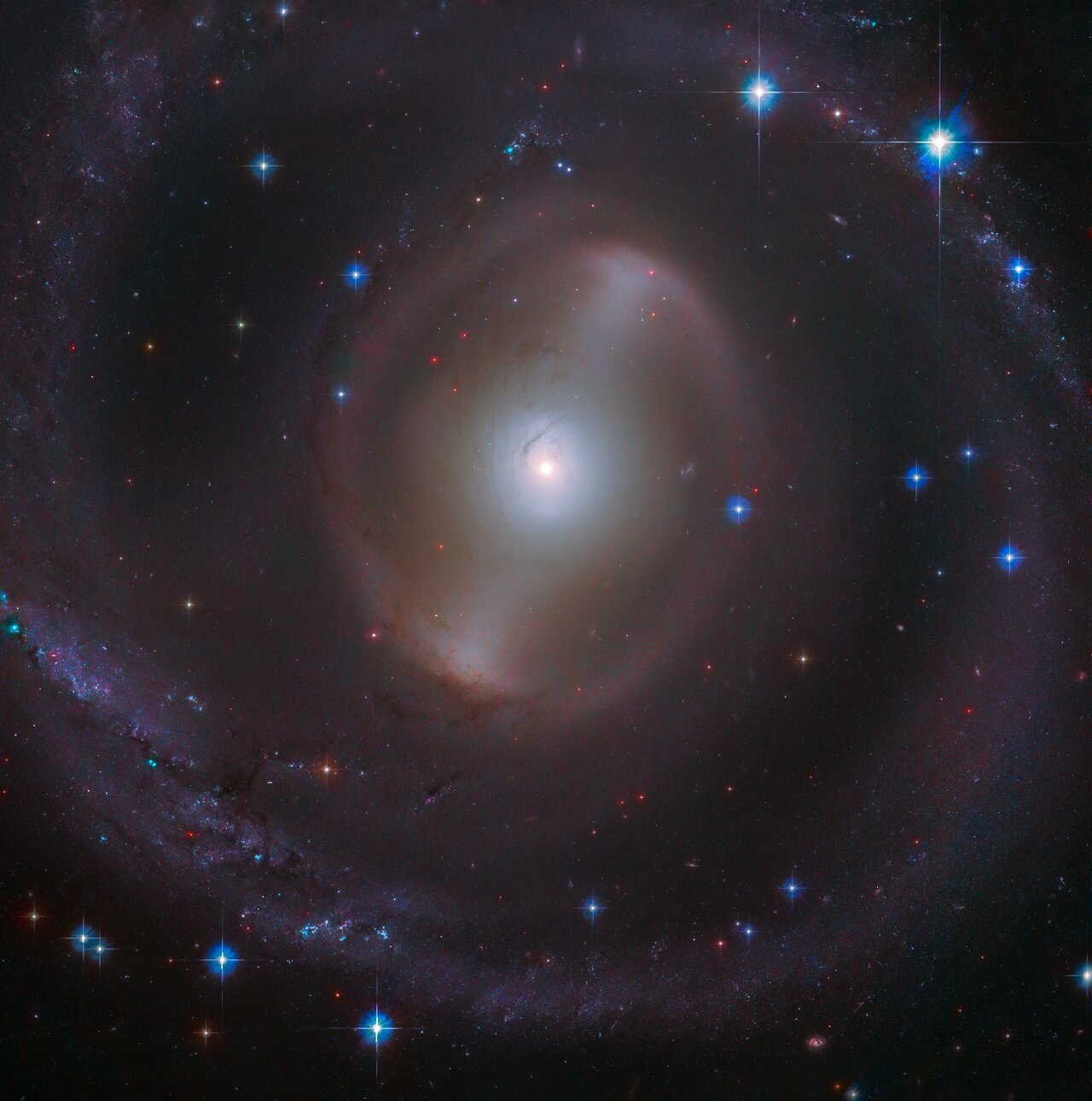