The gravity of the galaxies that form a cluster known as Abell 2744 warps and magnifies the view of more-distant galaxies, allowing astronomers to study those remote galaxies and the material between galaxies. This image of the cluster, from Hubble Space Telescope, is one of the first in a project known as Frontier Fields, in which Hubble and two other space observatories study such massive star clusters. If you look carefully, you'll see that some of the galaxies near the center of the image appear warped, flattened, or oddly colored, which is a result of the gravitational "lensing" of the nearer galaxies. [NASA/ESA/ J. Lotz, M. Mountain, A. Koekemoer/HFF Team (STScI)] 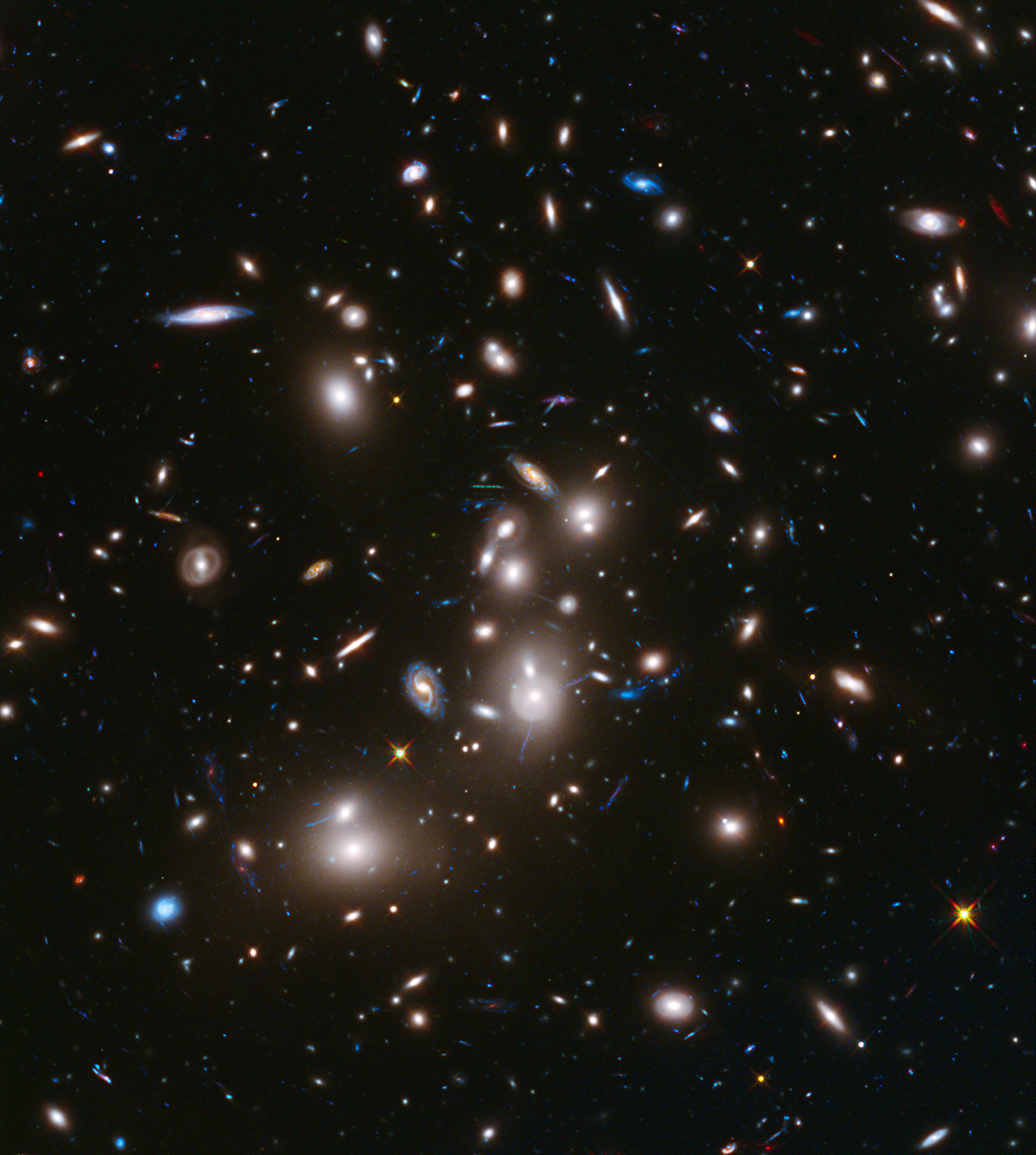 On the Frontier | StarDate Online