A system known as Scholz's Star passes just 0.8 light-years from the Sun as seen in this artist's concept. That close passage came about 70,000 years ago, and made the system the Sun's closest neighbors. Scholz's Star consists of a "failed" star known as a brown dwarf (foreground) and a faint star known as a red dwarf. The Sun is the bright star at far left. By contrast, today's closest star system, Alpha Centauri, is more than four light-years away, while Scholz's Star has moved out to a distance of 20 light-years. [Michael Osadciw/University of Rochester] 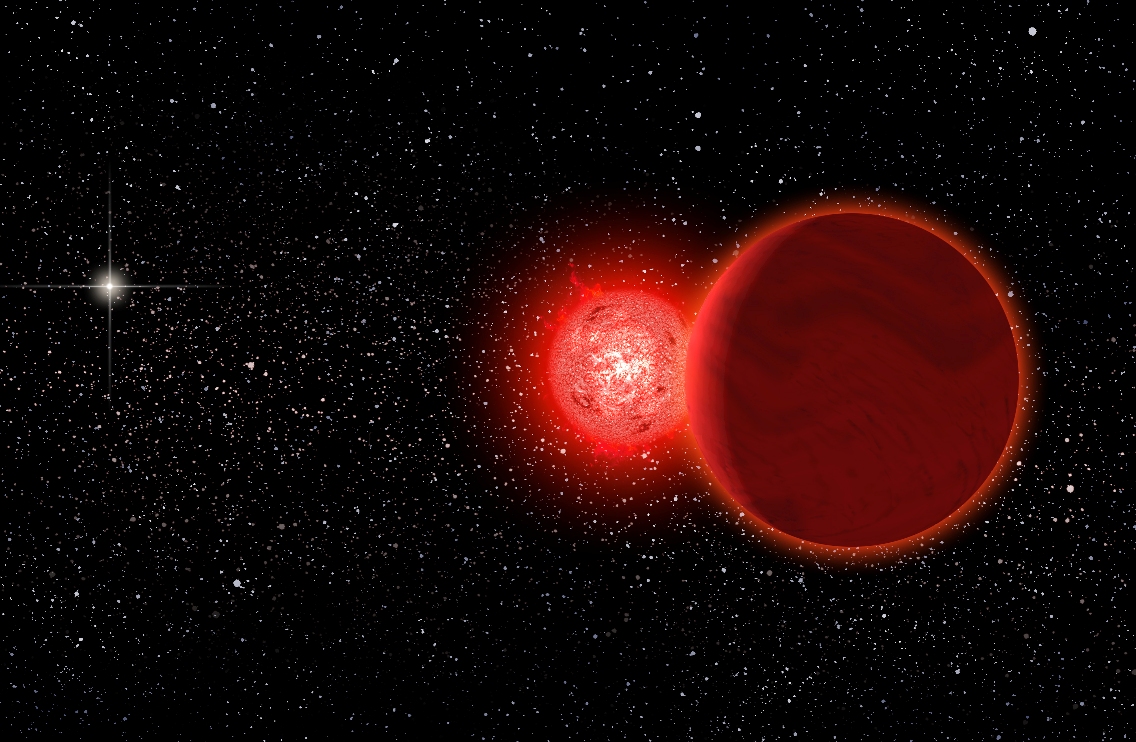