A star in Sagittarius, known as Sakurai's Object, has undergone a "rebirth" of sorts, as it produced an intense outburst a couple of decades ago. The outburst took place when the star began "burning" a shell of helium surrounding its hot, dead core. Known as a "final flash," it produced a strong wind of gas that has surrounded the star with a glowing ring, as shown in this image from the European Southern Observatory. [ESO]

Find out more in our radio program entitled
Sakurai’s Object 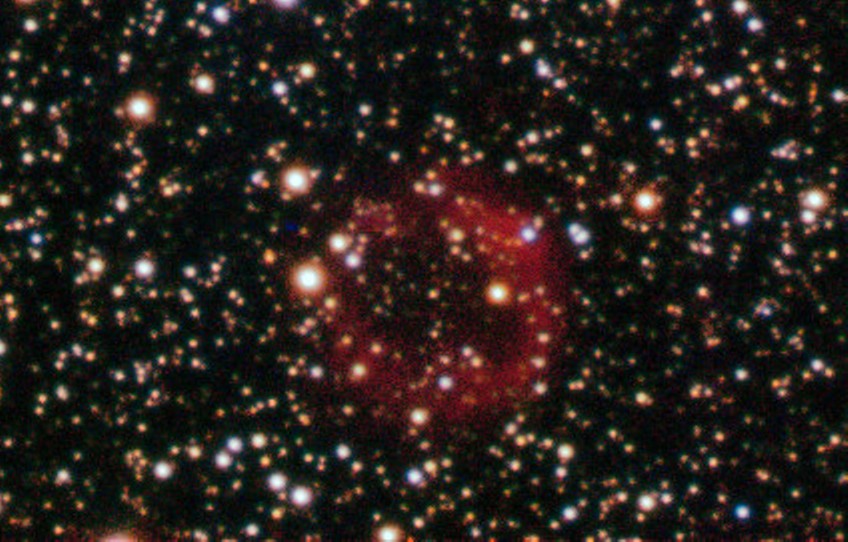