The United States restarted the race to the Moon with the launch of Apollo 7 on October 11, 1968. It was the first orbital test of the Apollo command and service modules, which would shuttle later astronauts to the Moon. The 10-day flight was a complete success, allowing NASA to send the next mission, Apollo 8, to orbit the Moon. The flight came 21 months after the death of the crew of Apollo 1 in a launch-pad fire. From top left: Crew members Don Eisele, Wally Schirra, and Walt Cunningham in front of their spacecraft; launch from Cape Kennedy; a practice rendezvous with the second stage of their booster; bobbing in the ocean after splashdown; a frame from one of the crew's many television broadcasts, which were big hits with the American public. [NASA]

Find out more in our radio program entitled
Apollo 7 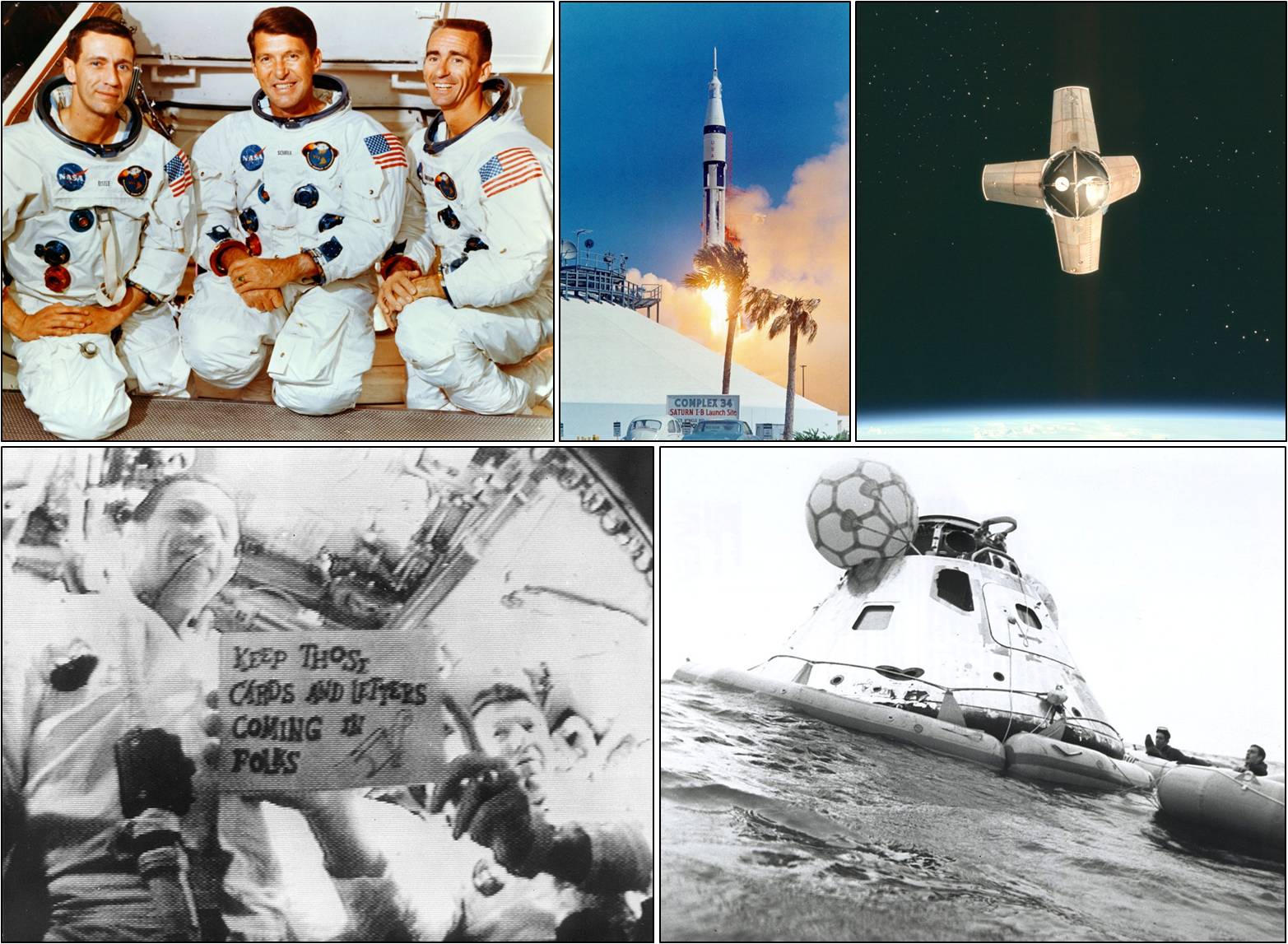