An international collaboration has snapped the first picture of a black hole, in the core of M87, a galaxy about 55 million light-years from Earth. The black hole, which is about 6.5 billion times the mass of the Sun, warps the light from a surrounding disk of glowing gas and dust, casting a "shadow" on the disk. The image was compiled from observations by eight observatories around the world, which were combined by special computers. The observatories formed the Event Horizon Telescope, named for a black hole's boundary, known as an event horizon. [EHT Collaboration] 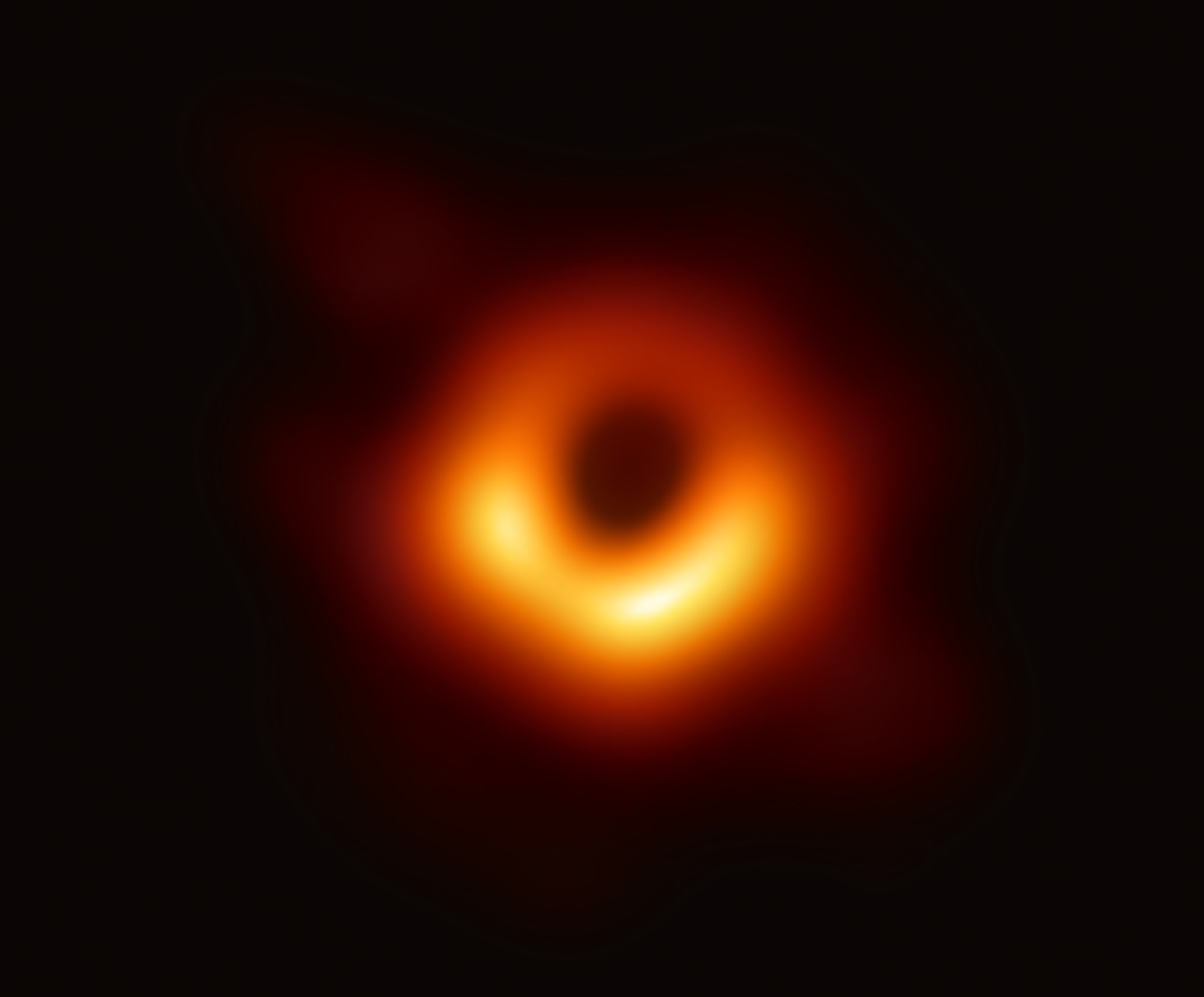