The Galileo spacecraft snapped this image of Gaspra, a small asteroid, during its transit of the asteroid belt in 1991. The color has been enhanced to show subtle differences in surface composition. It was the first encounter by a spacecraft with any asteroid. This image was shot from a distance of more than 3,000 miles (5,000 km), and it the sharpest of Galileo's pictures of Gaspra. Gaspra was discovered in July 1916, and was named for a resort in Crimea. [NASA/JPL] 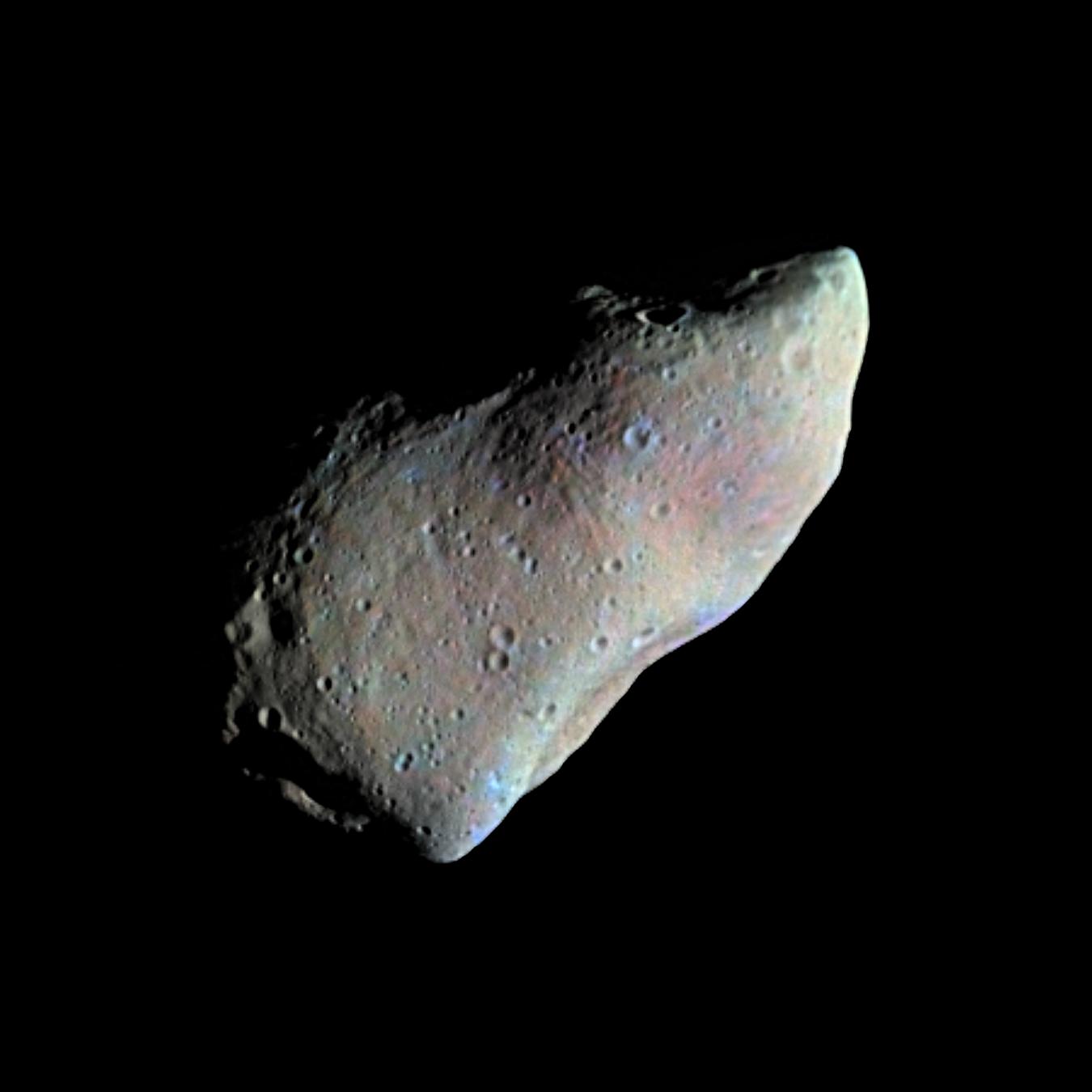