A row of volcanoes highlights the first view of Mars from Hope, an orbiter from the United Arab Emirates. The image was taken on February 10, one day after the craft entered orbit. The three circular orange spots are giant volcanoes. The planet's north pole is at top left, and wisps of clouds cover part of the surface. A Chinese mission arrived at Mars on February 10, and an American rover, Perseverance, is scheduled to land on February 18, completing the busiest cycle of Mars arrivals in history. [UAESA/MBRSC/LASP/EMM-EXI] 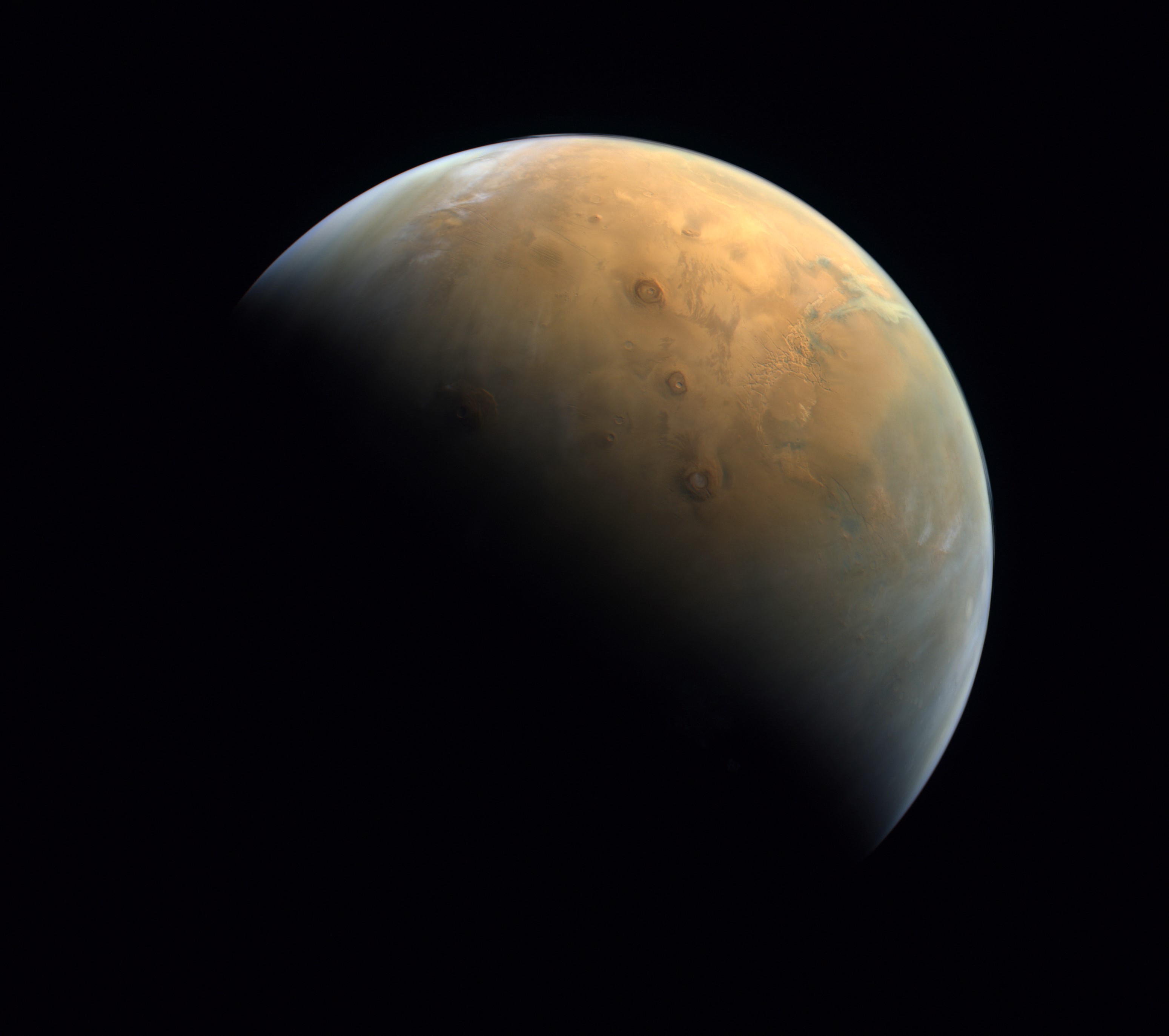