VSS Unity, a commercial rocketplane operated by Virgin Galactic (shown here during a test run), made its first spaceflight from its home base in New Mexico on May 22. The craft carried a crew of four to an altitude of 55.5 miles (89.2 km) before gliding back to its landing field, Spaceport America, in the desert of south-central New Mexico. Virgin Galactic had staged two rocket flights to space from California. The $200 million publicly financed base in New Mexico is expected to host commercial suborbital flights for Virgin Galactic, which the company has said could occur after two more test flights. [Virgin Galactic] 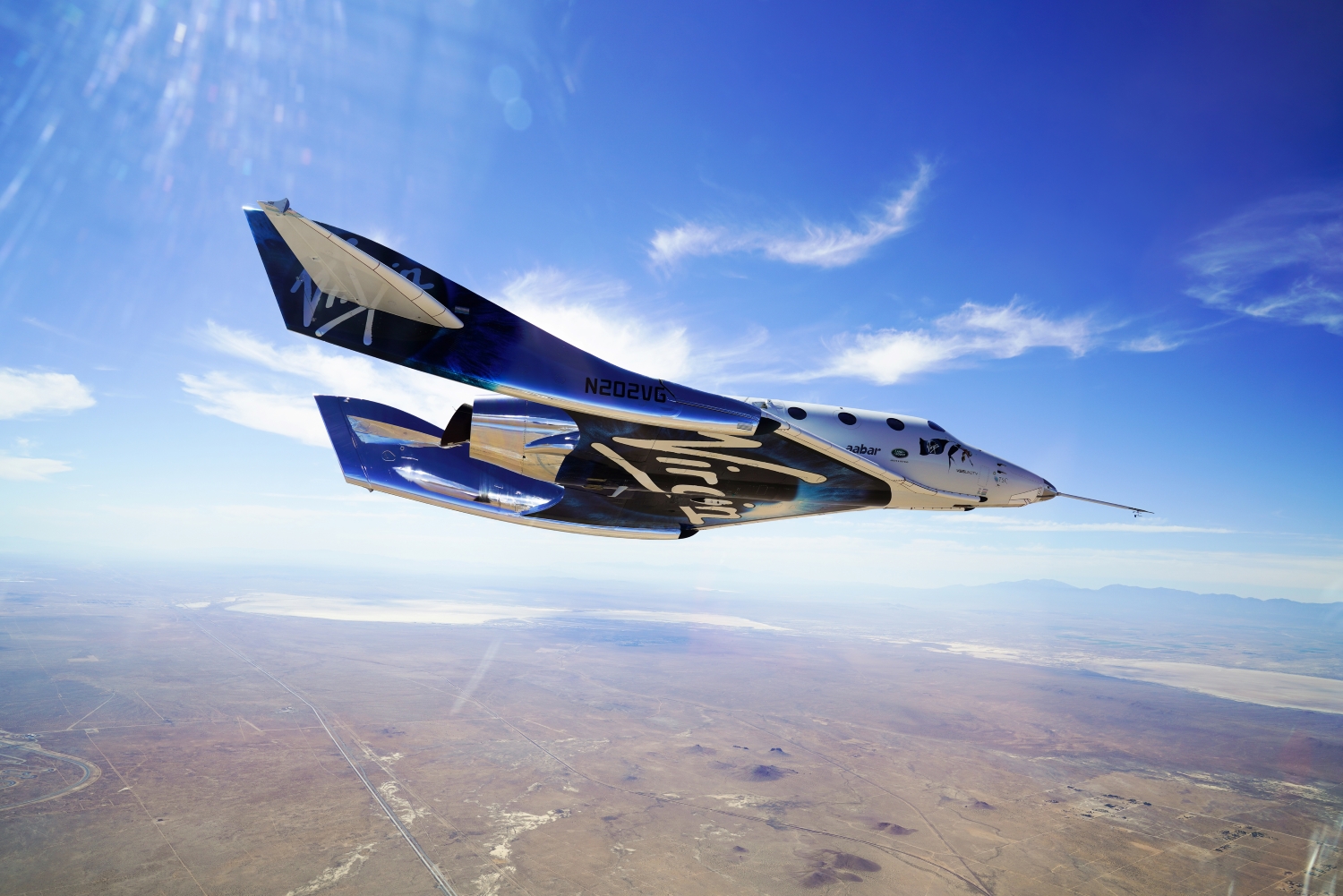