Mariner 4 became the first spacecraft to visit Mars when it flew within 6,000 miles of the planet's surface on July 14, 1965. This is the 11th of its 22 images, and shows a landscape covered by impact craters. Mariner's pictures depicted a dead world, ending decades of speculation about the Martian "canals" and a possible ancient civilization. [NASA/JPL] 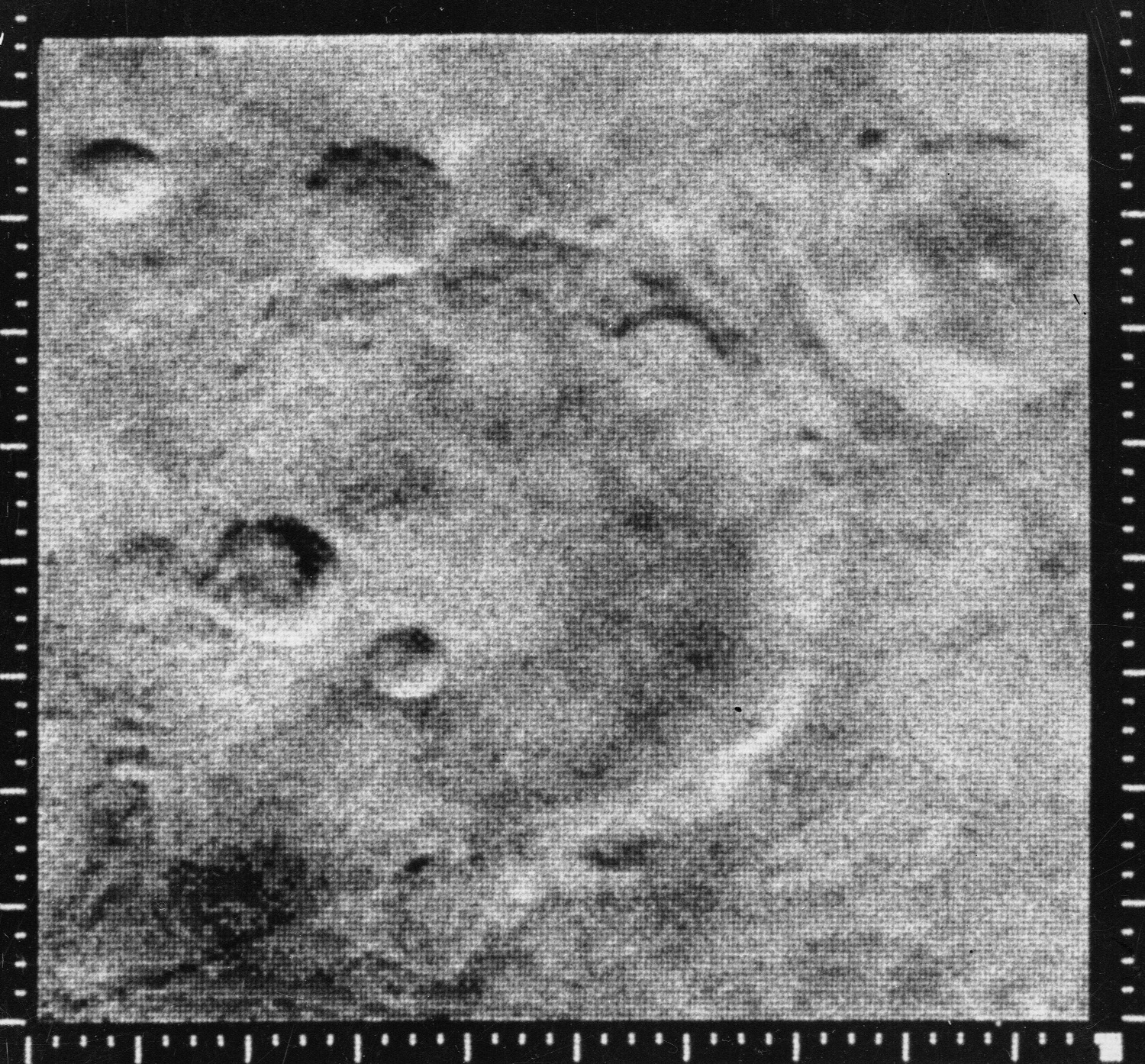