Lunar Orbiter 1 snapped its first pictures of the Moon on August 18, 1966. And five days later, the first American spacecraft to orbit the Moon took the first picture of Earth rising over the Moon. The image at left was processed with 1966 technology, while the version at right was reprocessed from the original data with modern techniques, providing a much sharper view.  The Lunar Orbiter series helped planners select landing sites for the Apollo missions, while scientists used the images to produce the most detailed maps of the Moon to that time. [NASA] 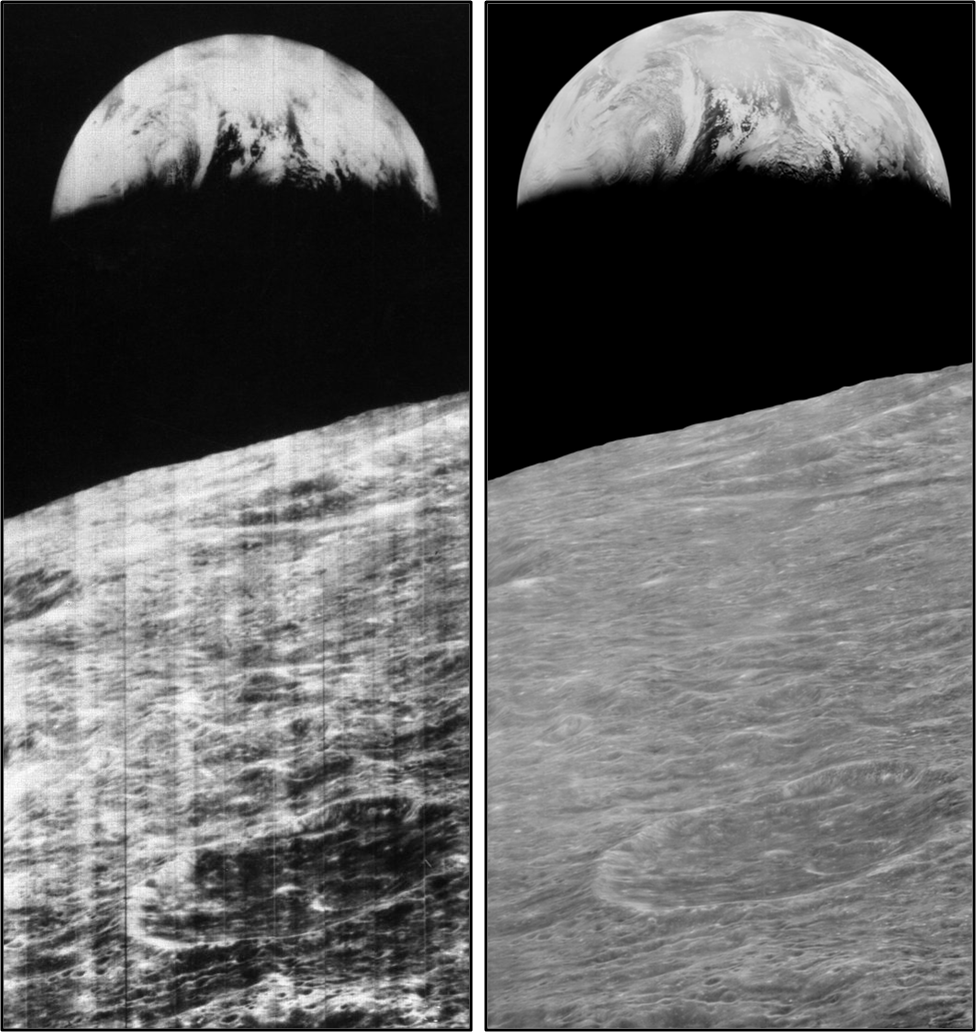