The beautiful spiral galaxy NGC 6946 has been the site of some spectacular fireworks. Over the last century, astronomers have detected 10 exploding stars, known as supernovae, in the galaxy, which is more than any other galaxy. Because of that prolific display, NGC 6946 is also known as the Fireworks galaxy. This image, which combines X-ray (purple) and visible wavelengths, shows massive gas clouds in the galaxy's spiral arms. The gas clouds are nurseries where new stars are born. The most massive of these new stars quickly burn out and explode, adding to the fireworks. [NASA/CXC/MSSL/R.Soria et al; Optical: AURA/Gemini Observatory]

Find out more in our radio program entitled
Disappearing Star 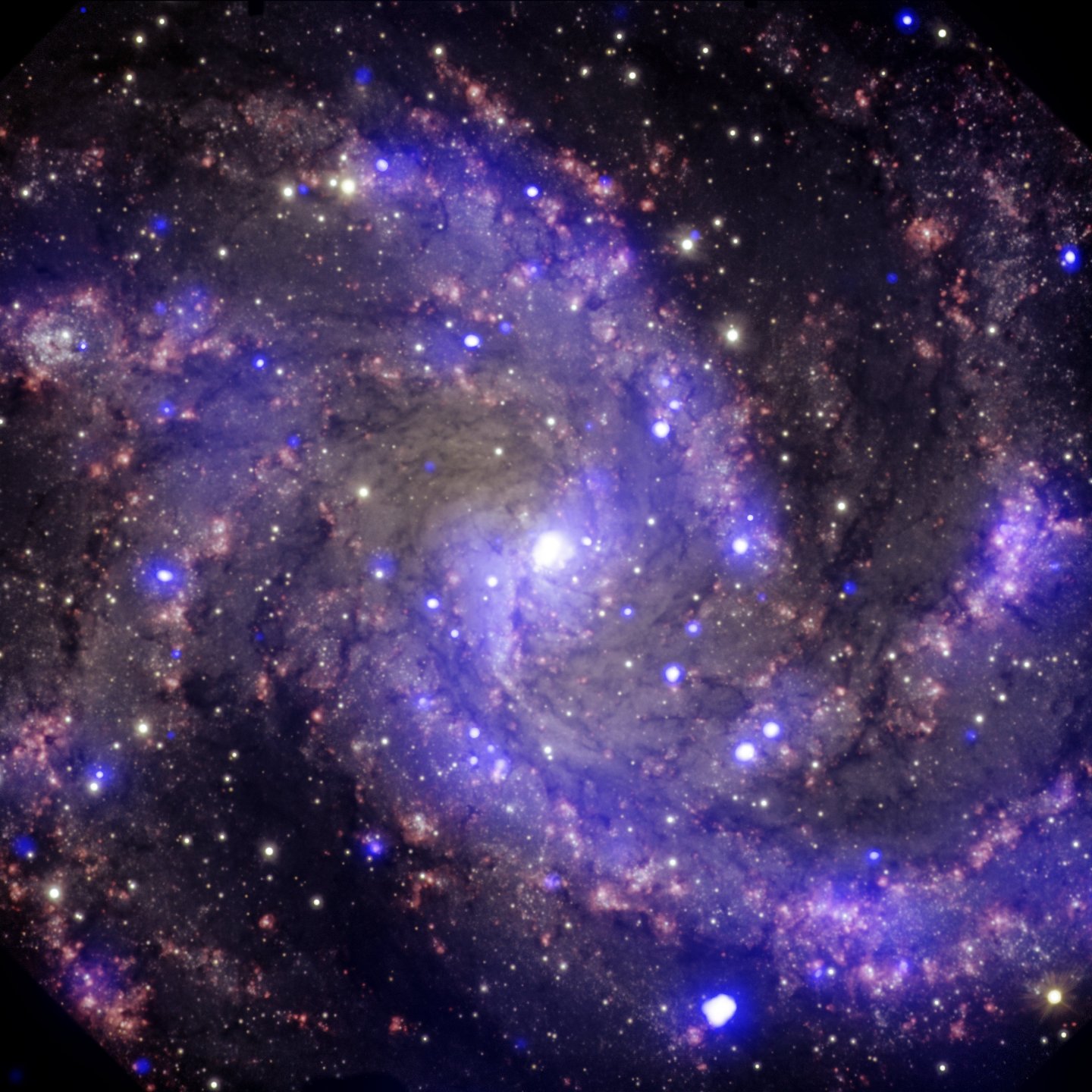