A "fireball" (bright blob near bottom center) explodes at an altitude of 16 miles (26 km) over the Bering Sea in this newly released image from a NASA spacecraft. The explosion took place on December 18, 2018, when a space rock plunged into Earth's atmosphere. The blast released 173 kilotons of energy, which is the equivalent of 10 Hiroshima a-bombs. The meteor's trail produced a dark shadow on the clouds below it. Such explosions are relatively common. Because this one took place over water it posed no threat to human life. [NASA/GSFC] 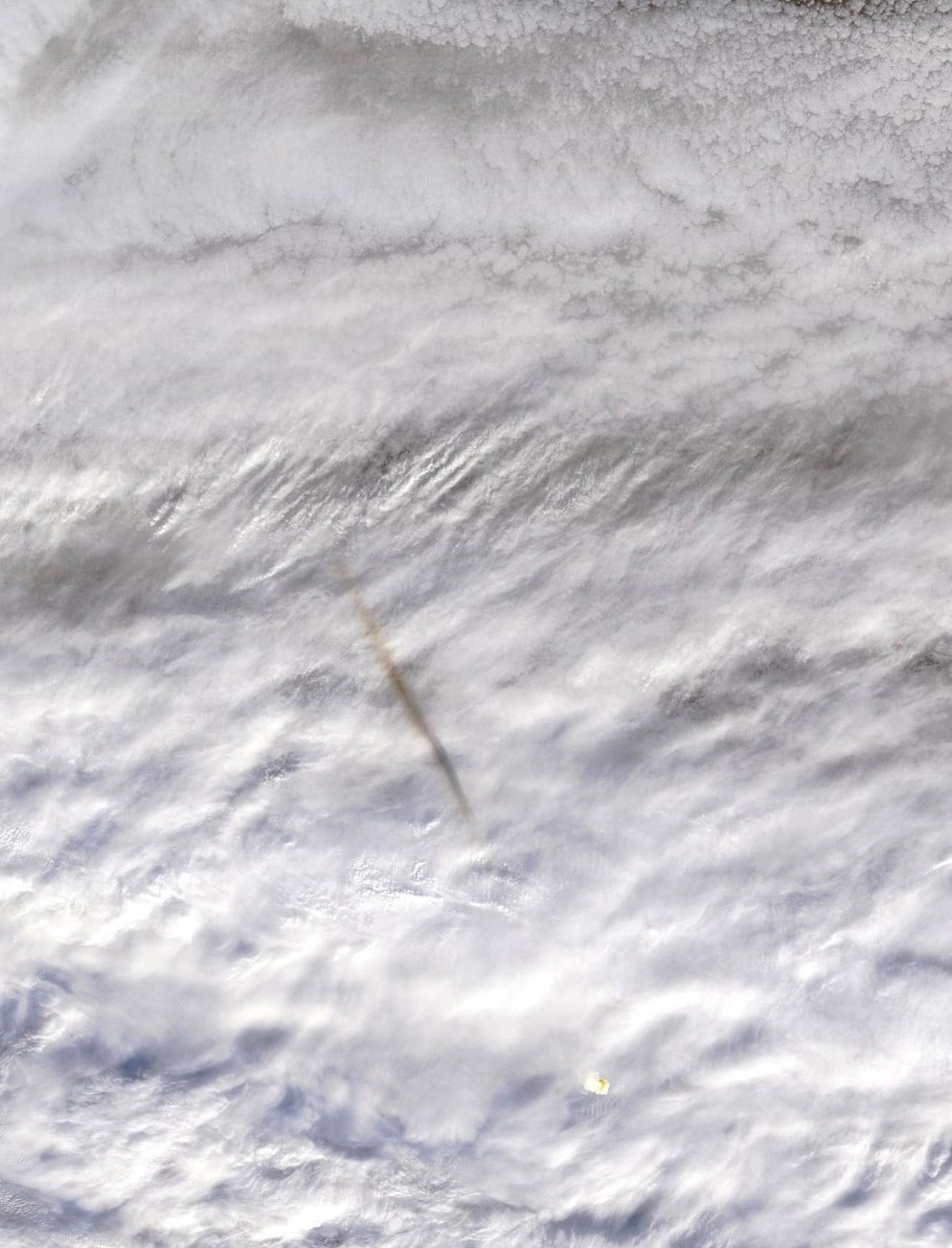