A pulsar is firing away from its birthplace at 2.5 million miles per hour (4 million kph) in this recently released image, which combines radio observations (orange) with a visible-light view. The large bubble is a supernova remnant -- an expanding shell of gas and dust from the explosion of a massive star. The explosion was slighty off center, so the star's collapsed core was shot away from the nebula like a cannonball. The core, which is at the tip of the orange streak at the lower left of the nebula, is known as a pulsar because it spins rapidly, beaming "pulses" of energy in our direction with each rotation. The system is about 6,500 light-years from Earth. We see it as it looked about 10,000 years after the explosion. [Jayanne English, University of Manitoba/F. Schinzel et al.; NRAO/AUI/NSF; DRAO/Canadian Galactic Plane Survey; NASA/IRAS] 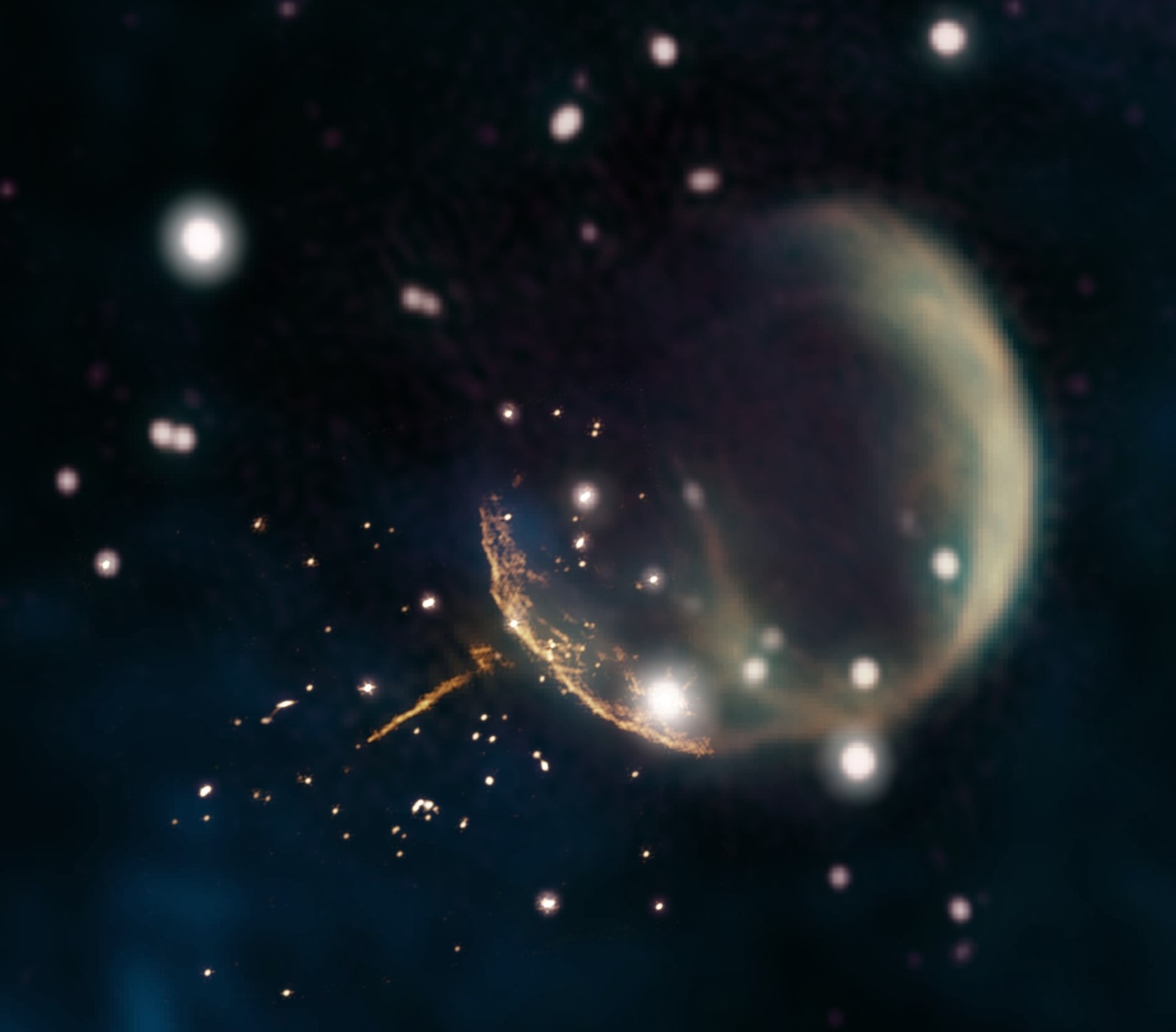