This artist's concept depicts the final moments of a red supergiant star, as it begins to explode as a supernova. Astronomers recently observed such a star for four months before it exploded, providing new insights into the demise of such stars. At the end of its life, when it can no longer produce nuclear reactions in its core, the core collapses to form a neutron star. The outer layers of hot gas fall inward then rebound, blasting into space at up to a few percent of the speed of light. The blast forms a supernova, which can outshine an entire galaxy of stars for weeks or months. The new observations revealed that the red supergiant exhibited major changes at its surface over its final months, suggesting changes in their interior structure as well. [W.M. Keck Observatory/Adam Makarenko] 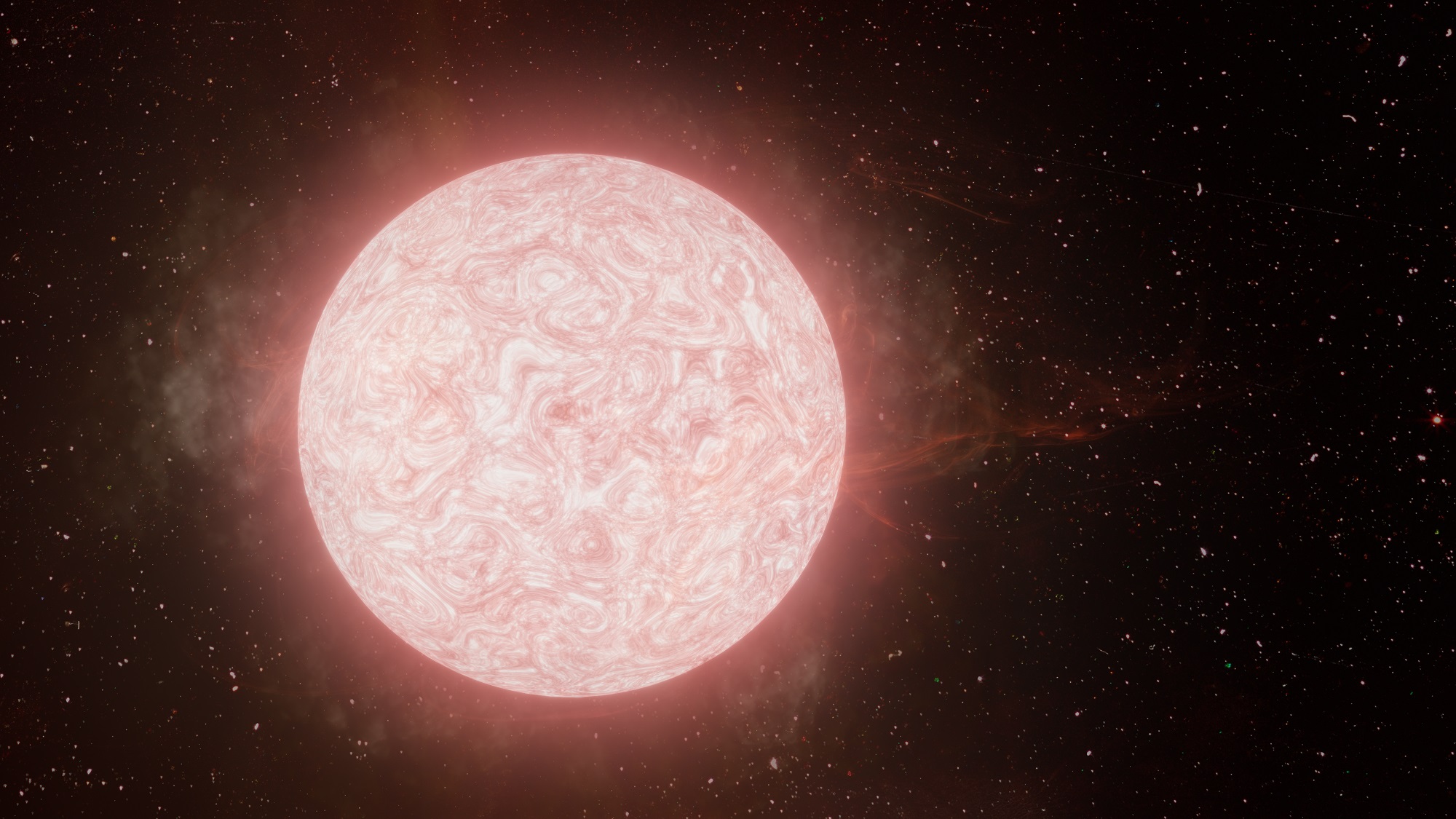