The Rosetta spacecraft snapped this image of Comet 67/P Churyumov-Gerasimenko on the evening of September 29, from a range of about 14 miles (23 km). Rosetta touched down on the comet on September 30. Since Rosetta wasn't designed as a lander, the contact brought its mission of exploring the comet, which began with its arrival in August 2014, to an end. In this image, one of the comet's lobes (top right) is casting a dark shadow on the other lobe. [ESA/Rosetta/MPS] 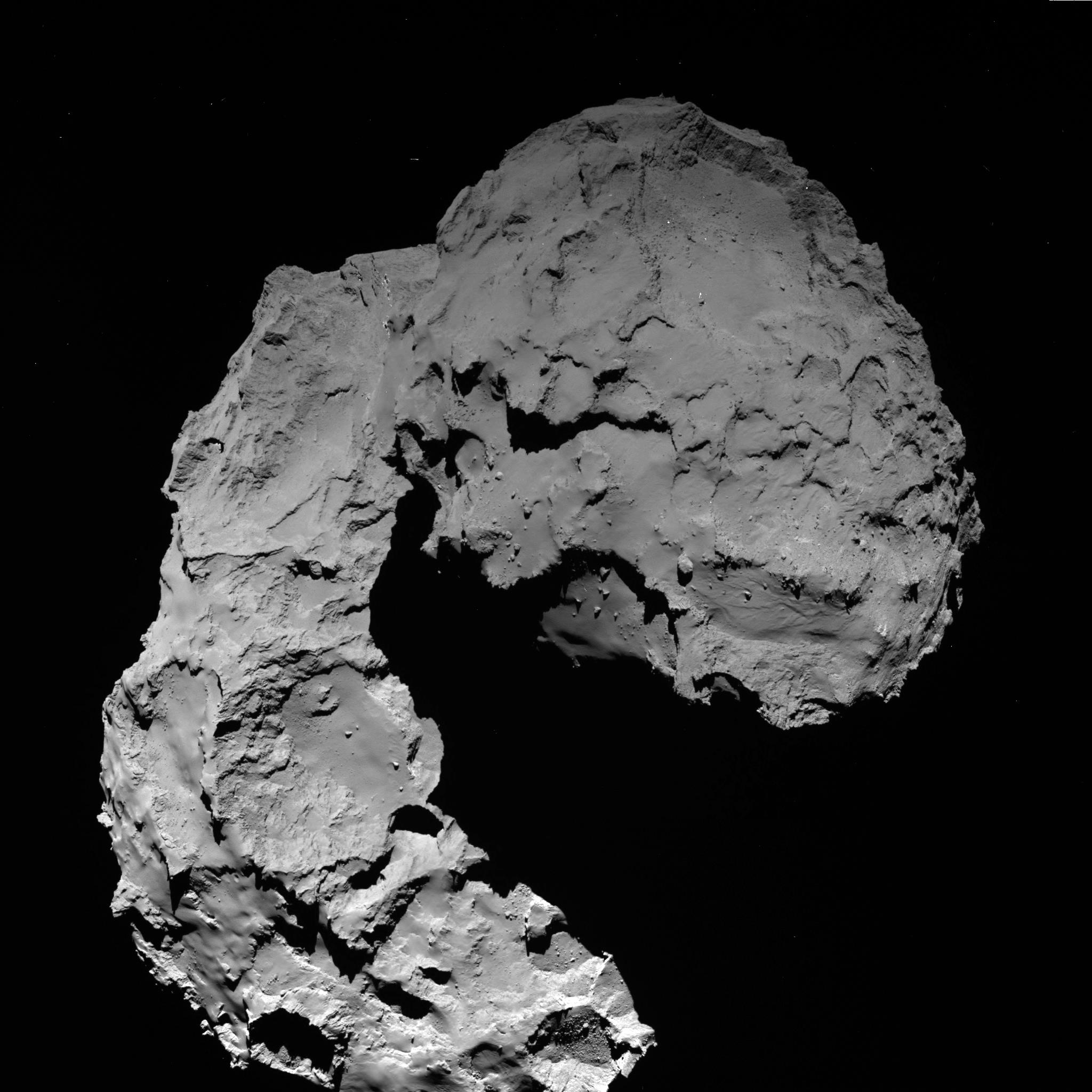 Listening in on a giant planet