This artist's concept shows the Cassini spacecraft passing between Saturn and its rings in preparation for its final act: a fatal plunge into Saturn's atmosphere, scheduled for September 15. The craft has been orbiting Saturn since 2004, and has made important discoveries about the planet, its rings, and its more than 60 known moons. Cassini will transmit its final pictures to Earth on September 14, but it will relay other data as it enters the atmosphere. [NASA/JPL]

Find out more in our radio program entitled
Exploring Saturn 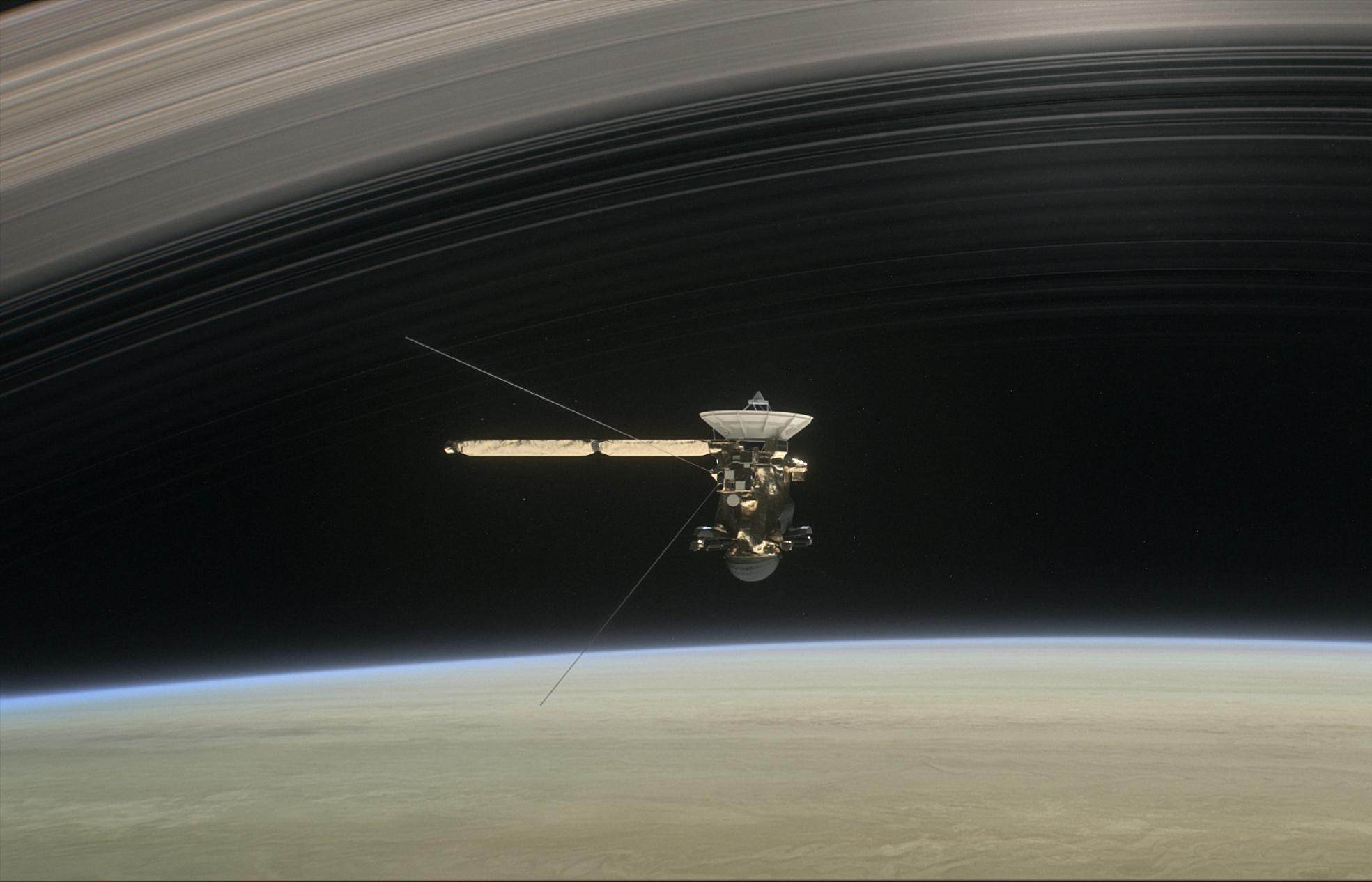 A cat prowls the night sky