A brilliant aurora blazes high in Earth's atmosphere in this photo from the International Space Station. An aurora forms when charged particles from the Sun run into Earth's magnetic field, which funnels them toward the surface, where they strike atoms and molecules of nitrogen and oxygen, causing them to glow. Although Venus generates no magnetic field, researchers have found that it may also produce aurorae under special conditions. [NASA] 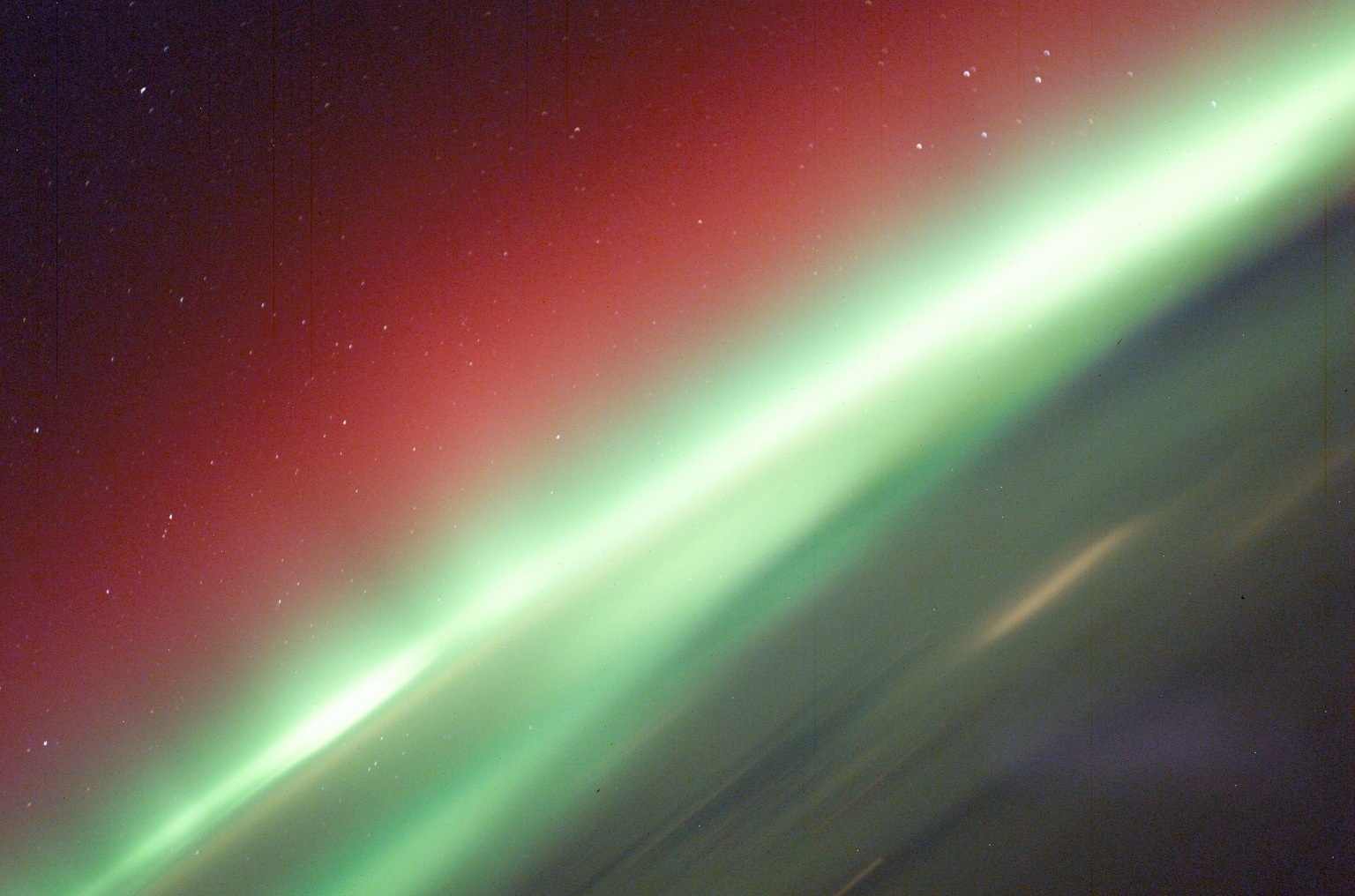