This artist's concept depicts an object informally known as Farfarout. At roughly 132 times the Earth-Sun distance, it is the most remote body yet seen in the solar system. Estimates say it is roughly 250 miles in diameter, or roughly one-sixth the diameter of Pluto, the best-known object in the outer solar system. It was discovered in 2019, and astronomers say it takes about 1,000 years to orbit the Sun. It recently received the formal designation 2018 AG37. It will receive a proper name later. [NOIRLab/NSF/AURA/J. da Silva]

Find out more in our radio program entitled
FarFarOut 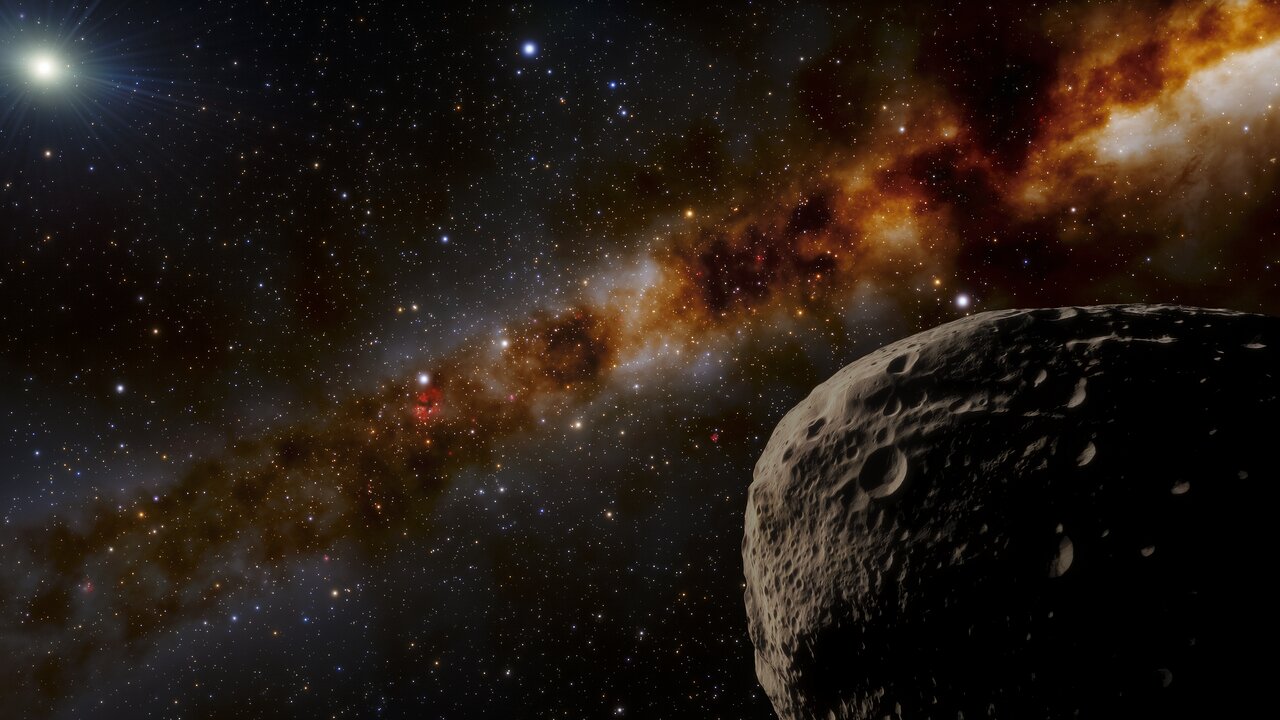