Farewell to a Planet Hunter

This artist's concept depicts Kepler, a space telescope, staring into a field of stars that are orbited by their own planets. NASA announced on October 30 that the craft has exhausted its propellants, ending its mission. Kepler has discovered more than 2,600 confirmed exoplanets and a similar number of possible planets that are awaiting confirmation. It found a planet by looking for it to cross in front of its parent star, briefly dimming the star's light. [NASA/Wendy Stenzel/Daniel Rutter] 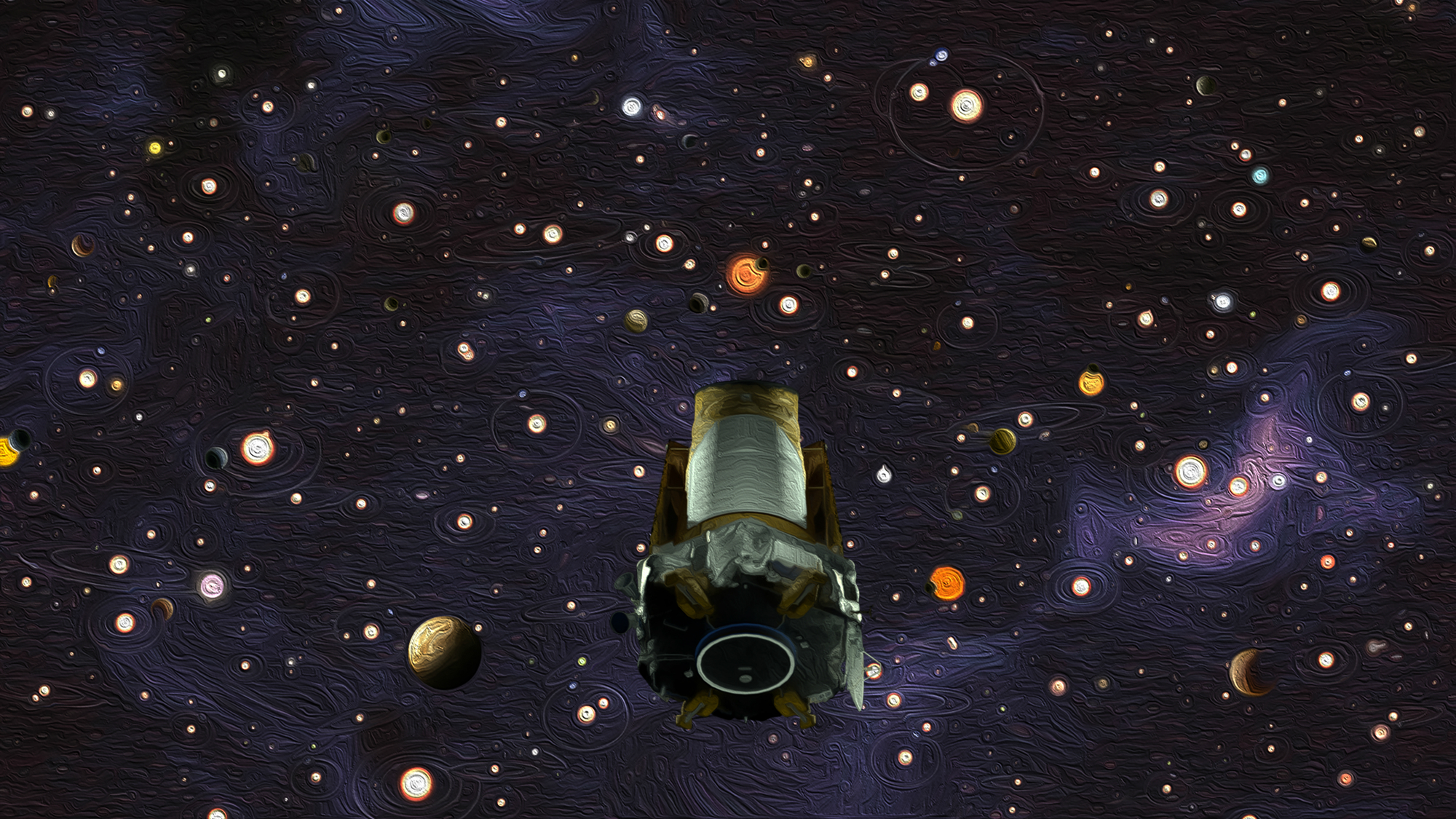