Yutu, a small rover, rolls away from China's Chang'e 4 spacecraft, which landed on the far side of the Moon on January 3. It is the first landing on the far side, which is also known as the dark side because it is never seen from Earth. The craft touched down in South Pole-Aitken Basin, an impact feature that is about 1,500 miles (2,300 km) wide. It transmits its readings to Earth through a communication satellite, launched last summer, that is deployed beyond the Moon. [China National Space Agency] 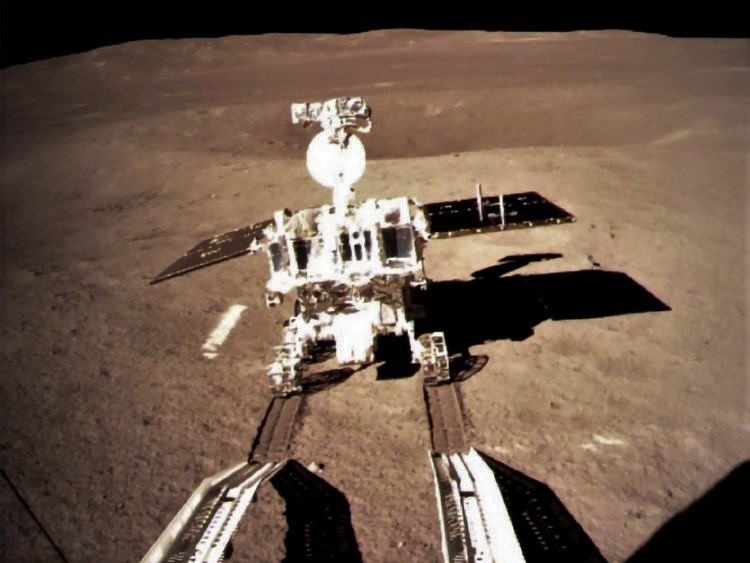