Pluto's atmosphere is freezing and collaping onto the little world's surface, according to recent reports. Astronomers keep tabs on the atmosphere by watching as stars pass behind Pluto. As a star's light passes through the atmosphere (diagram, top), it reveals the atmosphere's height, density, and other details. New Horizons captured a backlit view of the atmosphere as it sailed beyond Pluto in 2015 (bottom). The atmosphere could completely collapse by 2030 as Pluto continues to move farther from the Sun's warmth. [NASA/JHUAPL/SWRI (2)]

Find out more in our radio program entitled
Vanishing Air 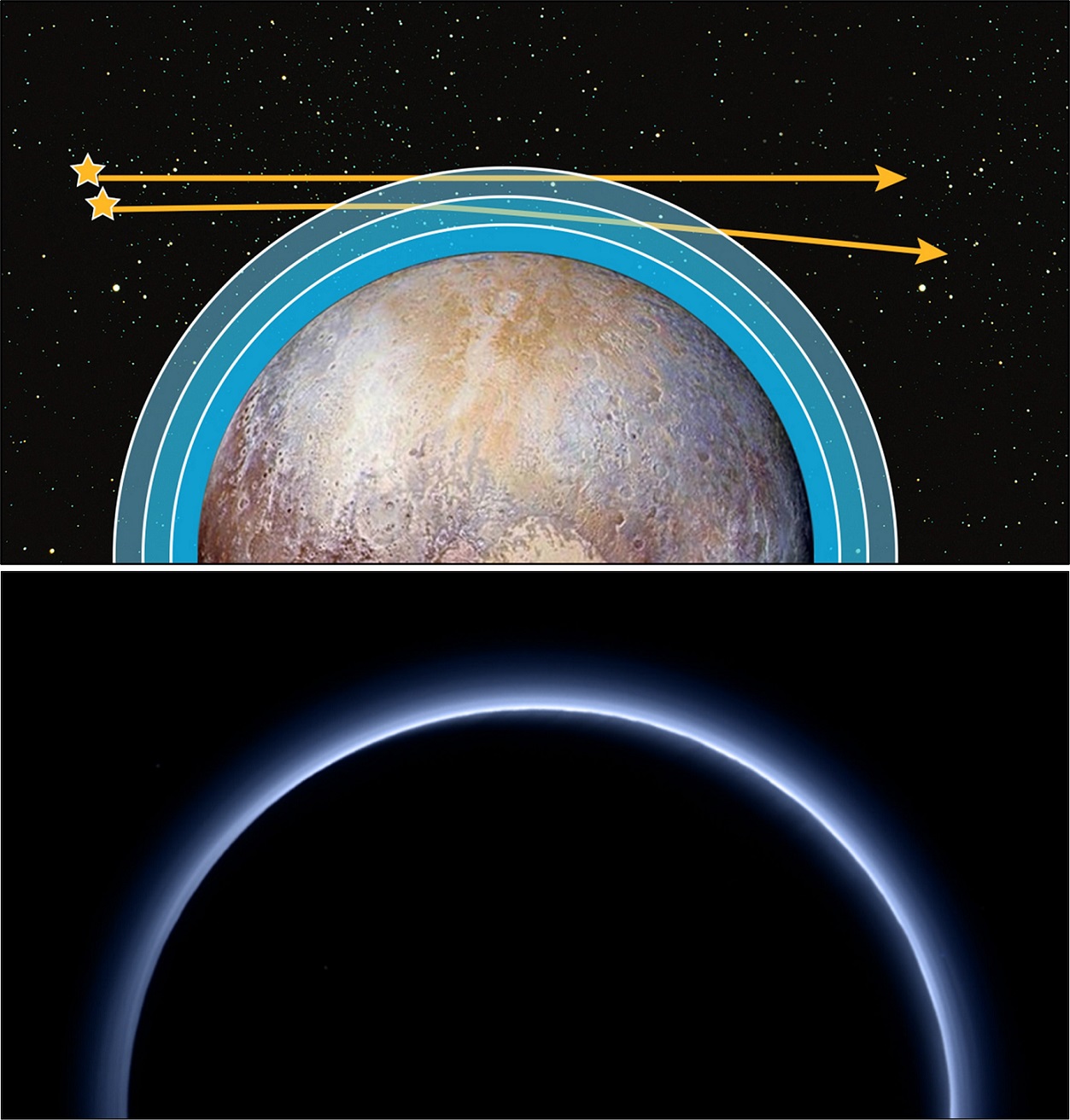