If cosmonauts had landed on the Moon during the race with the Americans, Alexei Leonov probably would have been the first. He was assigned to command both the first lunar-orbital mission and the first lunar-landing mission, but both were canceled. Leonov, who died in Moscow on October 11 at age 85, had already achieved one major space "first": He was the first man to walk in space. On March 18, 1965, he floated outside his Voskhod 2 for about 12 minutes (top left). When he tried to re-enter the capsule, though, his spacesuit was overinflated. He had to release some of his air, and even then barely managed to wiggle back inside the hatch. In 1975, he and a fellow cosmonaut linked up with three American astronauts, including Deke Slayton, in Earth orbit as part of the Apollo-Soyuz Test Project (lower left). Leonov later served as chief cosmonaut, then retired and devoted himself to painting. [From top left: Roscosmos (2); NASA] 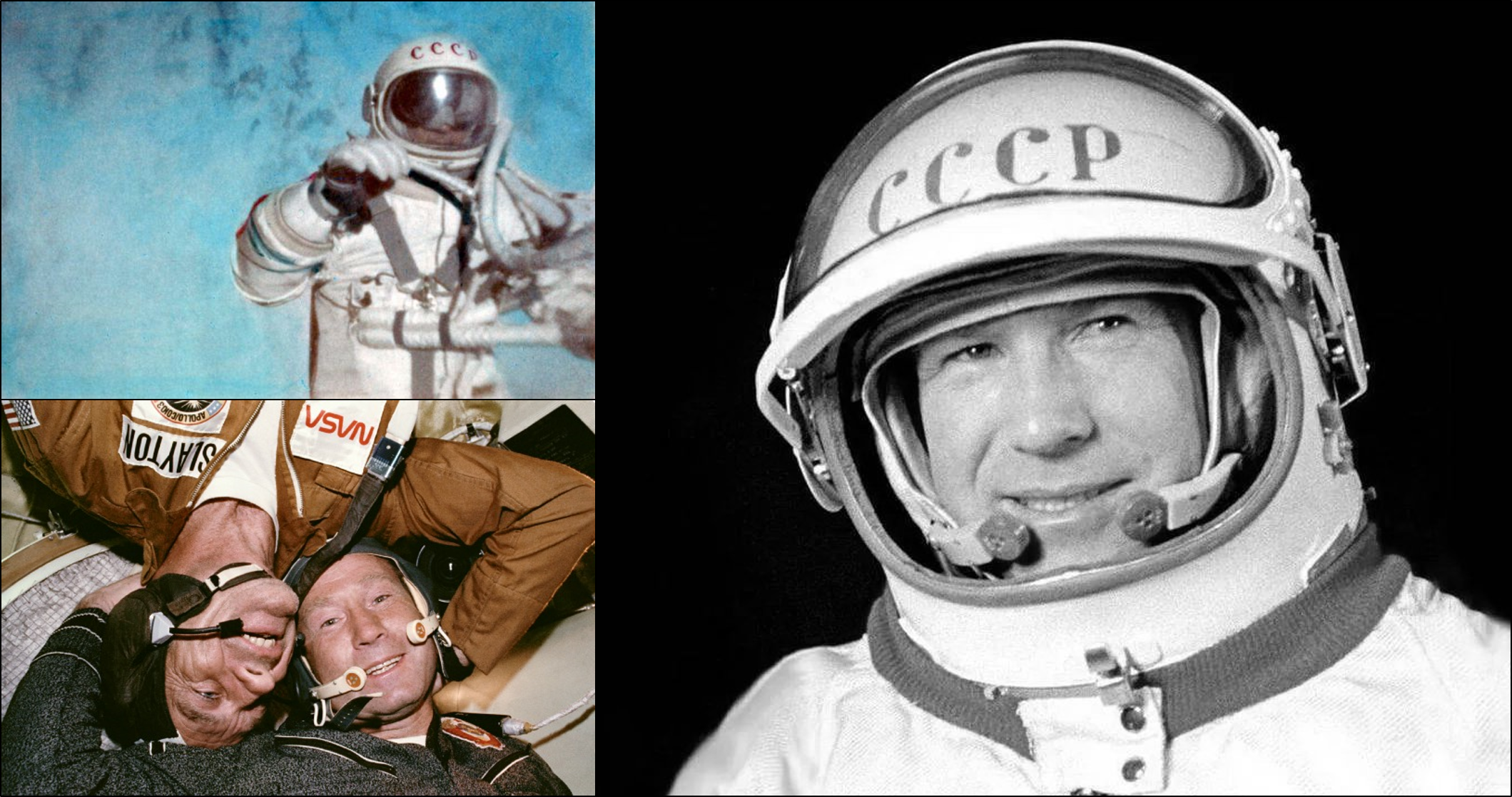