Betelgeuse, one of the brighter stars in the night sky, has lost about two-thirds of its luster in recent months. And as these before-and-after images show, it also appears to have changed shape. The image at left was snapped in January 2019, when Betelgeuse, which forms the shoulder of Orion, was shining at its accustomed brightness. The image at right was taken in December, as the supergiant star faded. It shows a different shape for the star. The changes have spurred speculation that Betelgeuse is about ready to explode as a supernova. Astrophysicists, however, say it's more likely that a giant starspot many times the size of the Sun has erupted on its surface, or that the star has expelled a giant cloud of dust, which blocks light from the surface. [ESO/M. Montargès et al.] 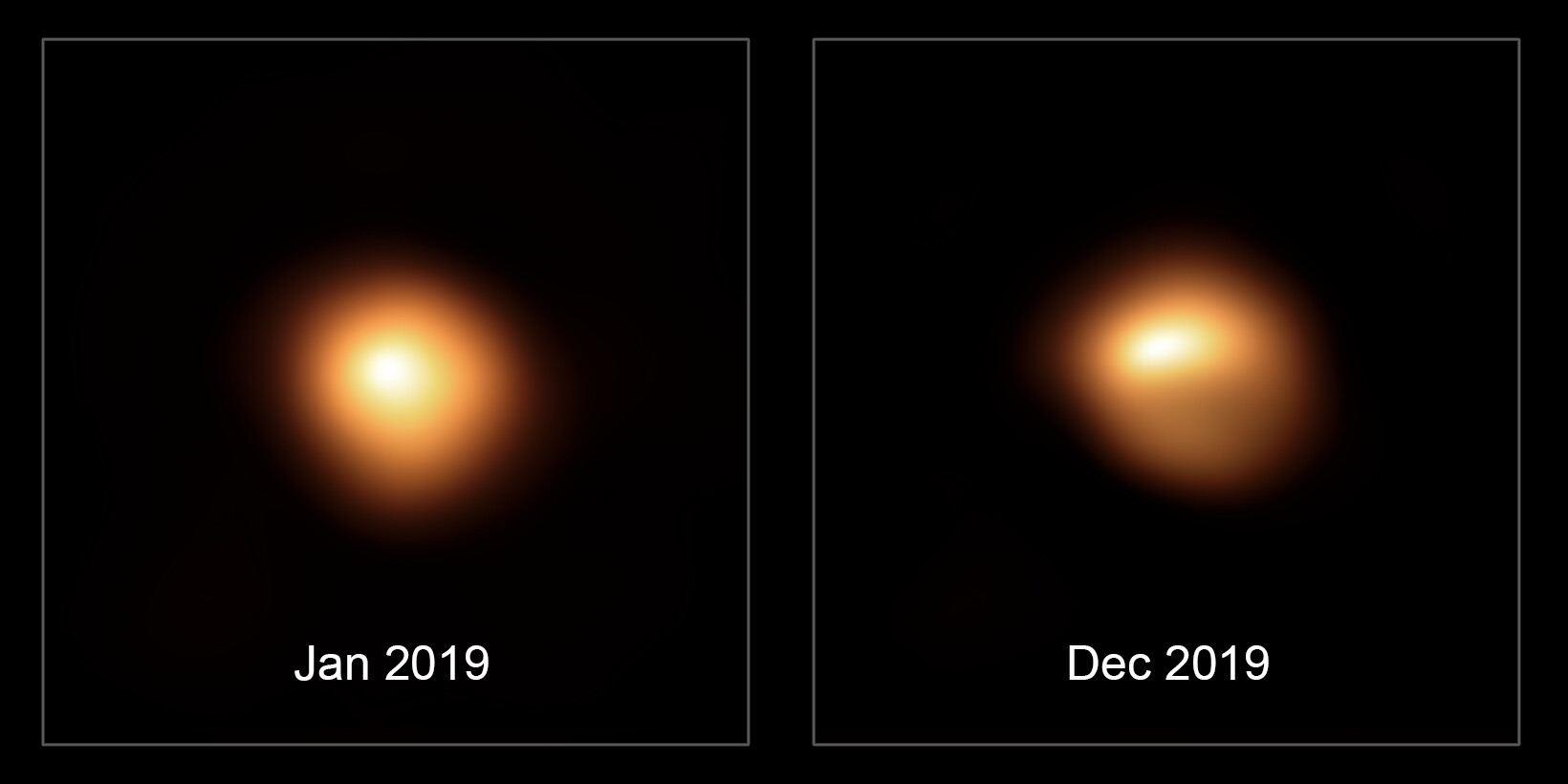 Predicting the demise of stars