An astronaut conducts experiments on the ocean floor during a recent excursion from Aquarius, a habitat on the ocean floor off the Florida Keys. NASA is preparing for space missions, including trips to Mars, by sending astronauts and scientists to exotic locations here on Earth, including caves, the flanks of a volcano in Hawaii, and others. [NASA]

Find out more in our radio program entitled
Seas and Caves 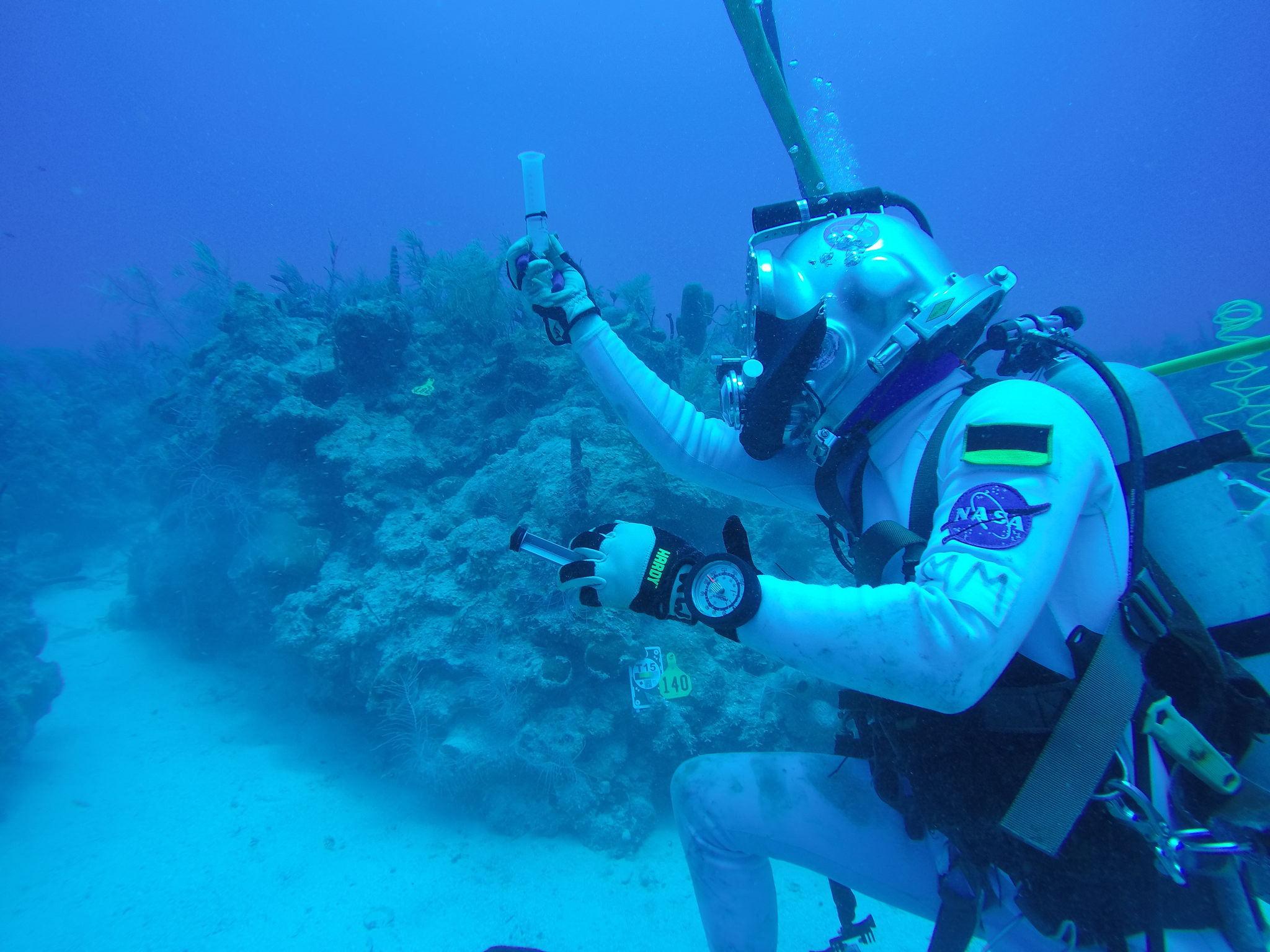