This illustration depicts the "observable universe," which represents everything we can see from Earth. The observable universe currently extends roughly 47 billion light-years in every direction. We actually see the "edge" of the universe as it looked less than 14 billion years ago. The expansion of the universe has since pushed that edge to a greater distance, but we can't see what it looks like today because its light hasn't had time to reach us. Each white dot in the illustration represents a supercluster of galaxies. [Andrew Z. Colvin/Wikipedia]

Find out more in our radio program entitled
Beyond View 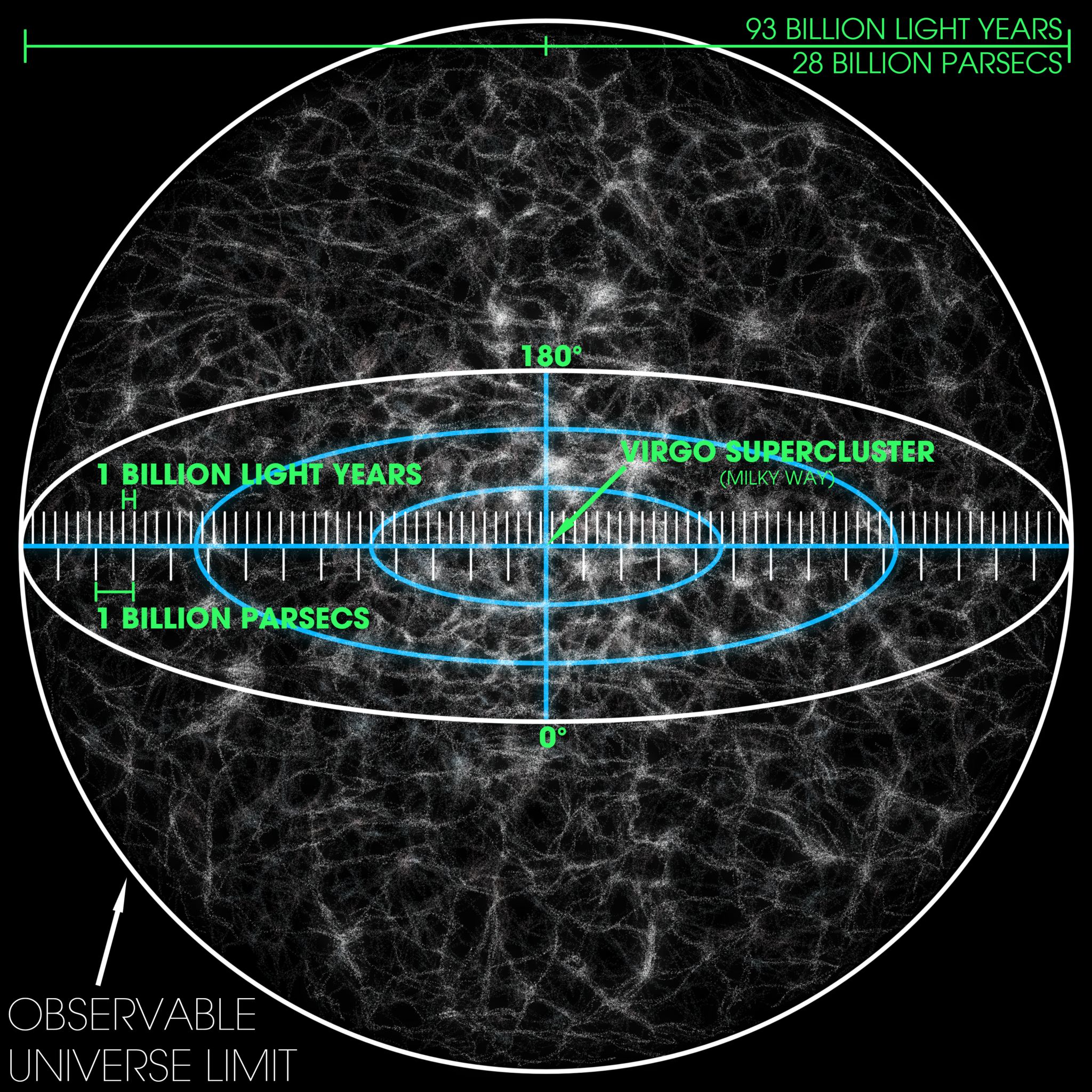 Everything There is to See | StarDate Online