The damaged Arecibo radio telescope, which has been scanning the skies for almost six decades, will be demolished after a review found that it is unsafe. A cable that supports receiving equipment suspended above the telescope's curved dish failed on August 10, damaging the dish (dark hole at left). Another cable broke while engineers were assessing the damage on November 6. The National Science Foundation, which owns the telescope, then decided it was unsafe to attempt any additional repairs and scheduled the telescope for demolition. Arecibo's dish spans 1,000 feet (305 meters), with equipment suspended 450 feet (140 meters) above it. The telescope has scanned the universe at radio wavelengths, providing new details on stars, galaxies, and objects in the solar system. It has served as a radar dish to map nearby planets and asteroids, and scanned for signals from extraterrestrial civilizations. Arecibo served as the villain's lair in Goldeneye, a 1995 James Bond movie. [National Science Foundation] 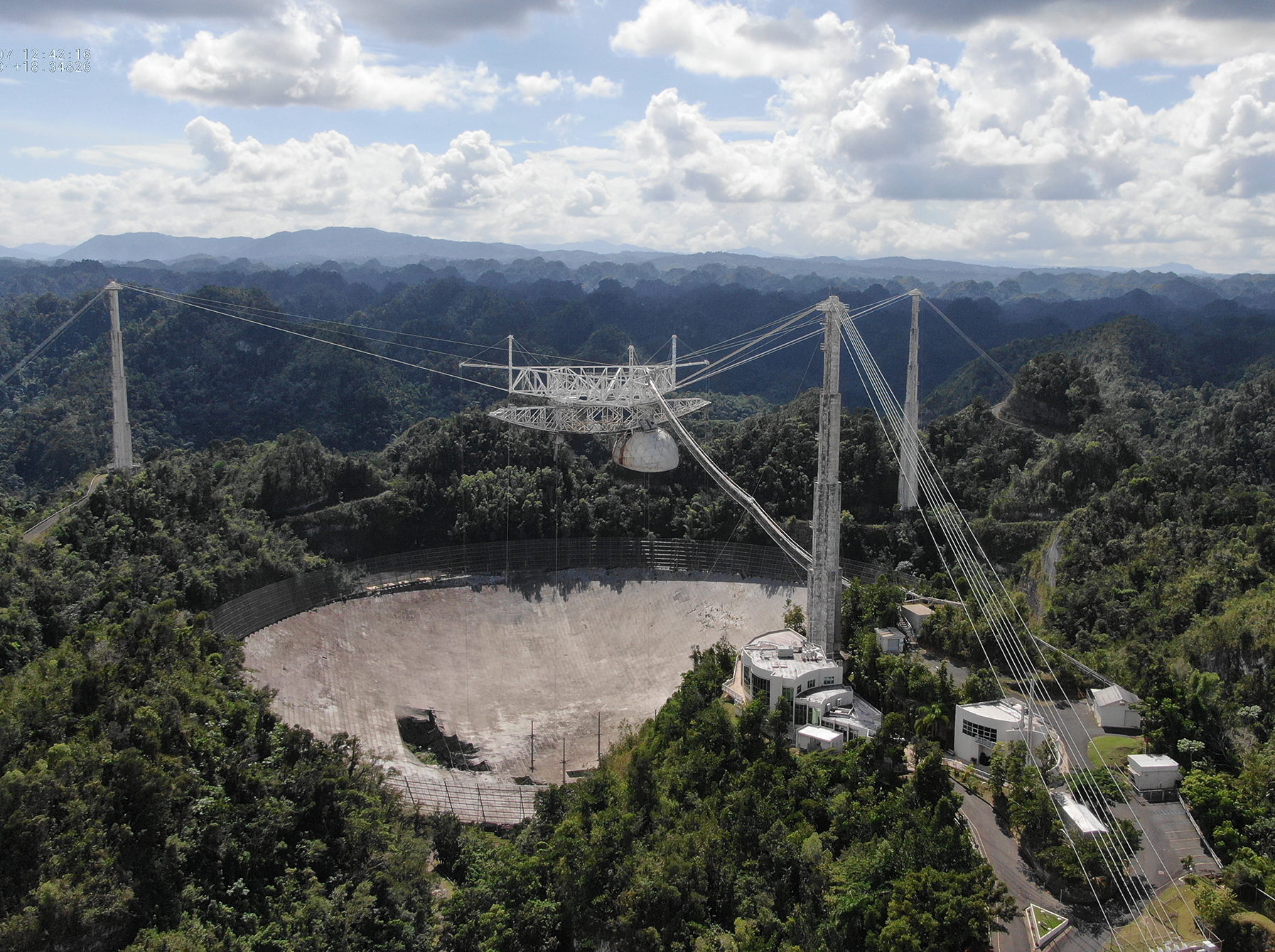