This chart illustrates several key stages in the early evolution of the universe. One of those stages was the epoch of reionization, near the bottom of the diagram, which took place about a billion years after the Big Bang. Energy from newborn stars and galaxies zapped hydrogen atoms, splitting apart their protons and electrons. This made the universe transparent to radiation, ending the earlier epoch, known as the Dark Ages. [NASA/ESA/A. Feild] 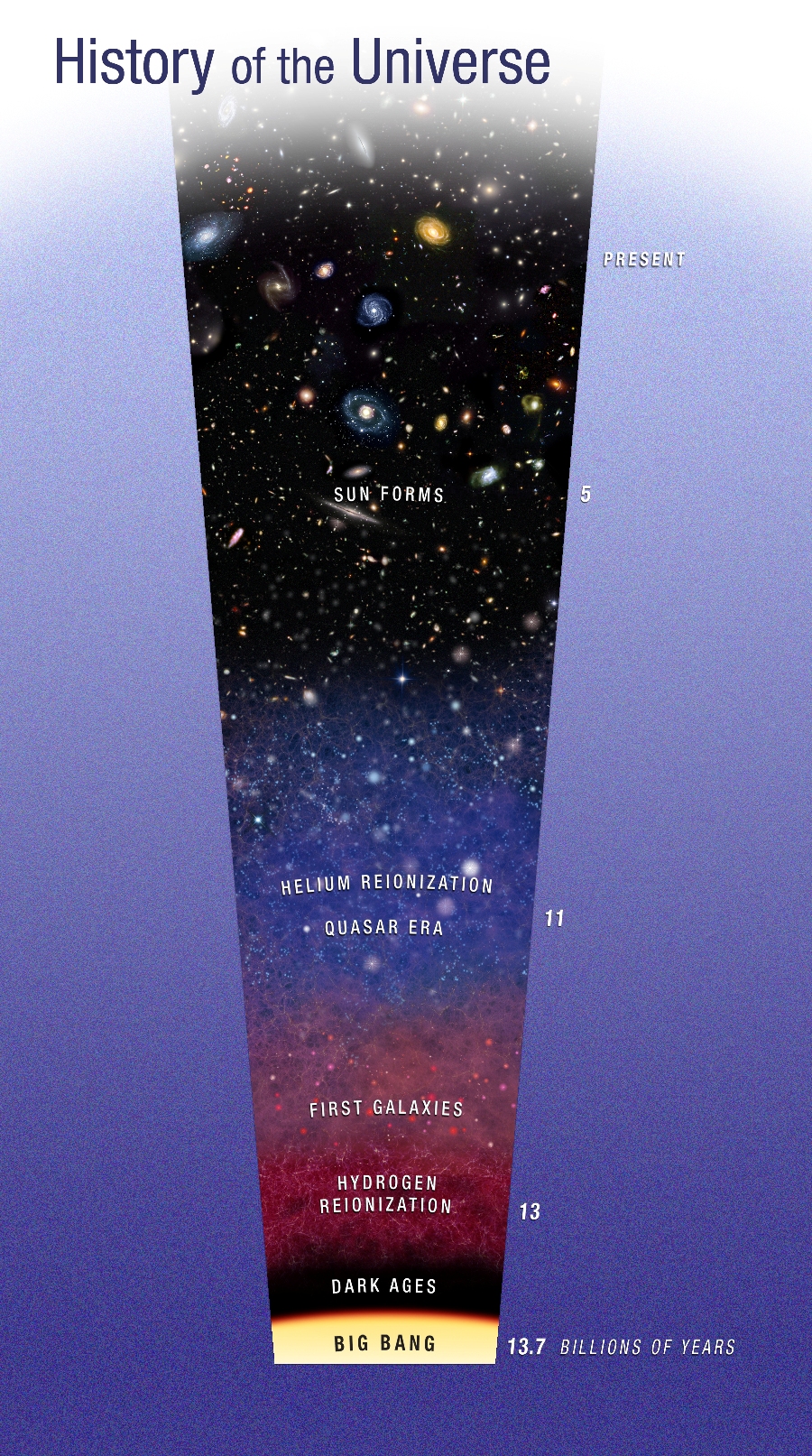