Like a beautiful butterfly emerging from its cocoon, layers of gas escape a dying star in this image from Hubble Space Telescope. It's known as the Spirograph Nebula because of its resemblance to the colorful geometric shapes created with an old children's toy. The nebula began taking shape about 50,000 years ago, as the nuclear reactions in the star's core shut down and the star began expelling its outer layers. Since then, several major eruptions have sculpted the nebula. It's about a third of a light-year across, and it continues to expand. [NASA/Hubble Heritage Team (STScI/AURA)]

Find out more in our radio program entitled
The Spirograph 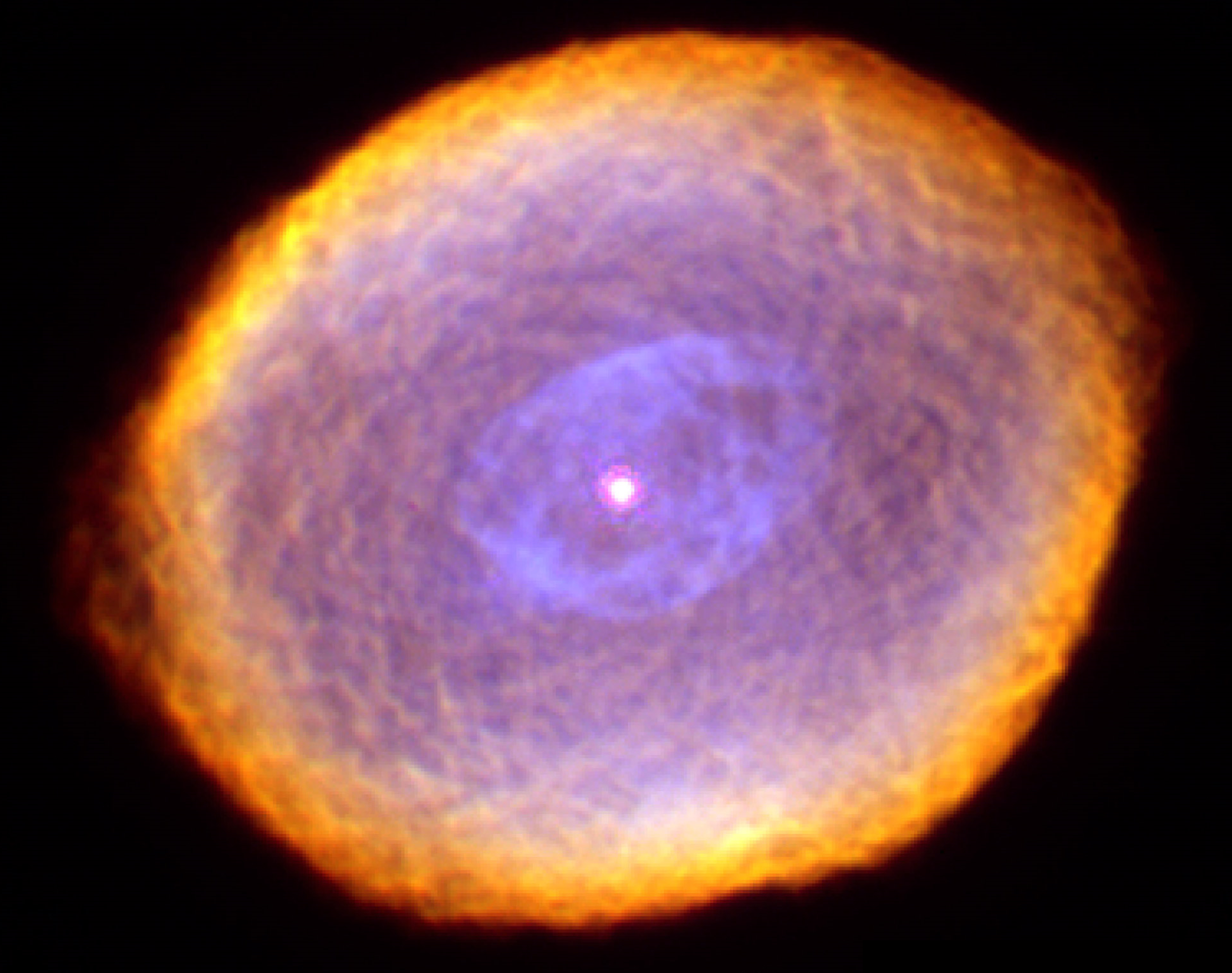