This X-ray image reveals "echoes" of light emitted by a disk of gas around V404 Cygni, a black hole in the constellation Cygnus. The echoes are formed as light hits material around the black hole, causing it to produce X-rays. The black hole is about nine times the mass of the Sun. It has a companion star that's less massive than the Sun. The black hole steals gas from the companion. The gas forms a disk. Every few decades, so much gas piles up that it causes an eruption, making the system flare brightly. The 's last eruption took place in 2015. [Andrew Beardmore (Univ. Leicester)/NASA/Swift]

Find out more in our radio program entitled
V404 Cygni 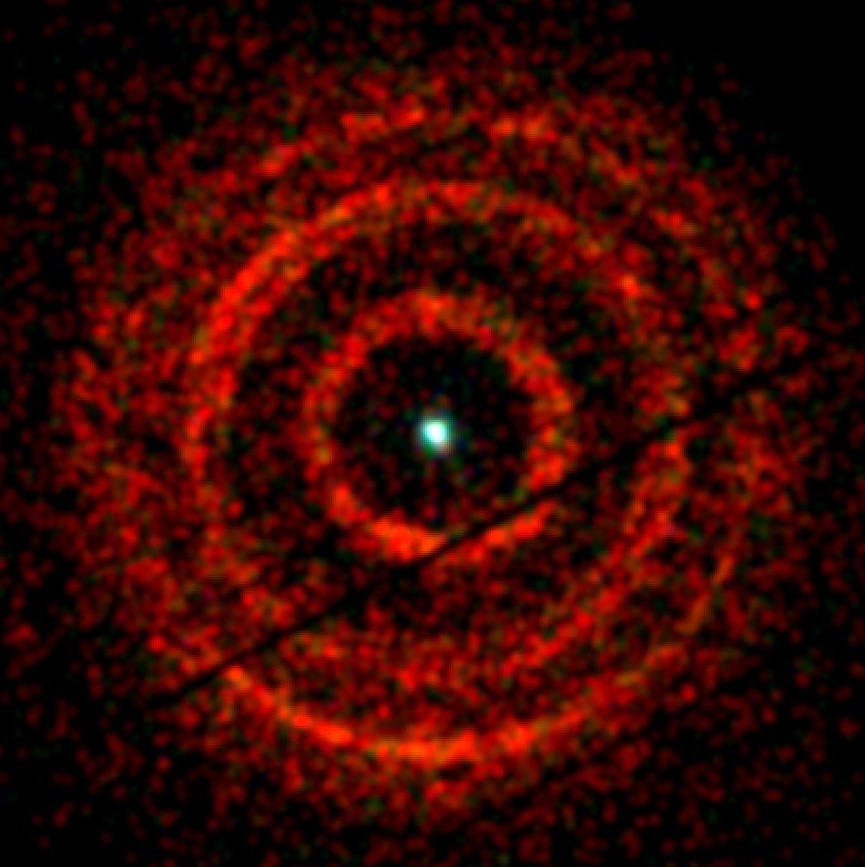