This depiction of the cosmos decorates the ceiling of the tomb of Senenmut, chief advisor to the Egyptian pharaoh Hatshepsut, ancient Egypt's most successful female king. At 3,500 years old, it's one of the oldest known astronomical charts on Earth. The tomb wasn't opened until 1927, so the chart is well preserved. It's divided into northern and southern skies, and depicts the constellations and four of the five naked-eye planets (only Mars is missing). The southern panel also indicates that the Egyptian day was divided into 24 hours, with a different star for each hour. [Metropolitan Museum of Art/Wikipedia] 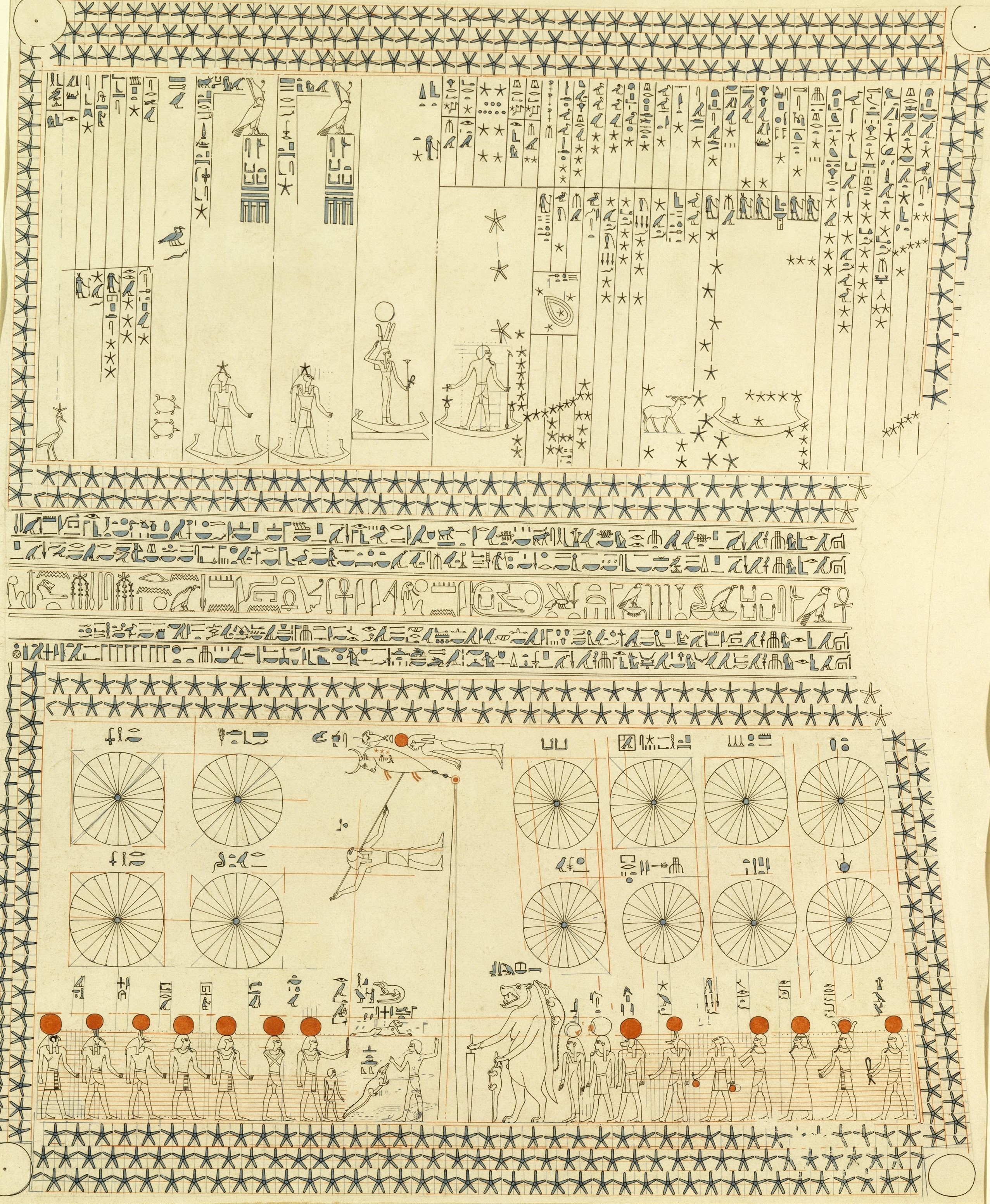