Astronomers obtained the best coverage to date of an exploding star last April, with results reported this month. Supernova 2020fqv (shown up close in the inset) is in the Butterfly Galaxies--a pair of galaxies in the process of merging. The galaxies are about 60 million light-years away. TESS, a planet-hunting space telescope, had been watching that region of sky beginning days before the explosion, taking shapshots every 30 minutes, which gave astronomers their best look yet at the final days of a supergiant star. Hubble Space Telescope turned toward the blast just hours after it happened, and produced this image. Hubble probed material ejected by the star in its last year of life. The observations by both space- and ground-based telescopes may help astronomers which stars are about to explode. [NASA/ESA/Ryan Foley (UC Santa Cruz)] 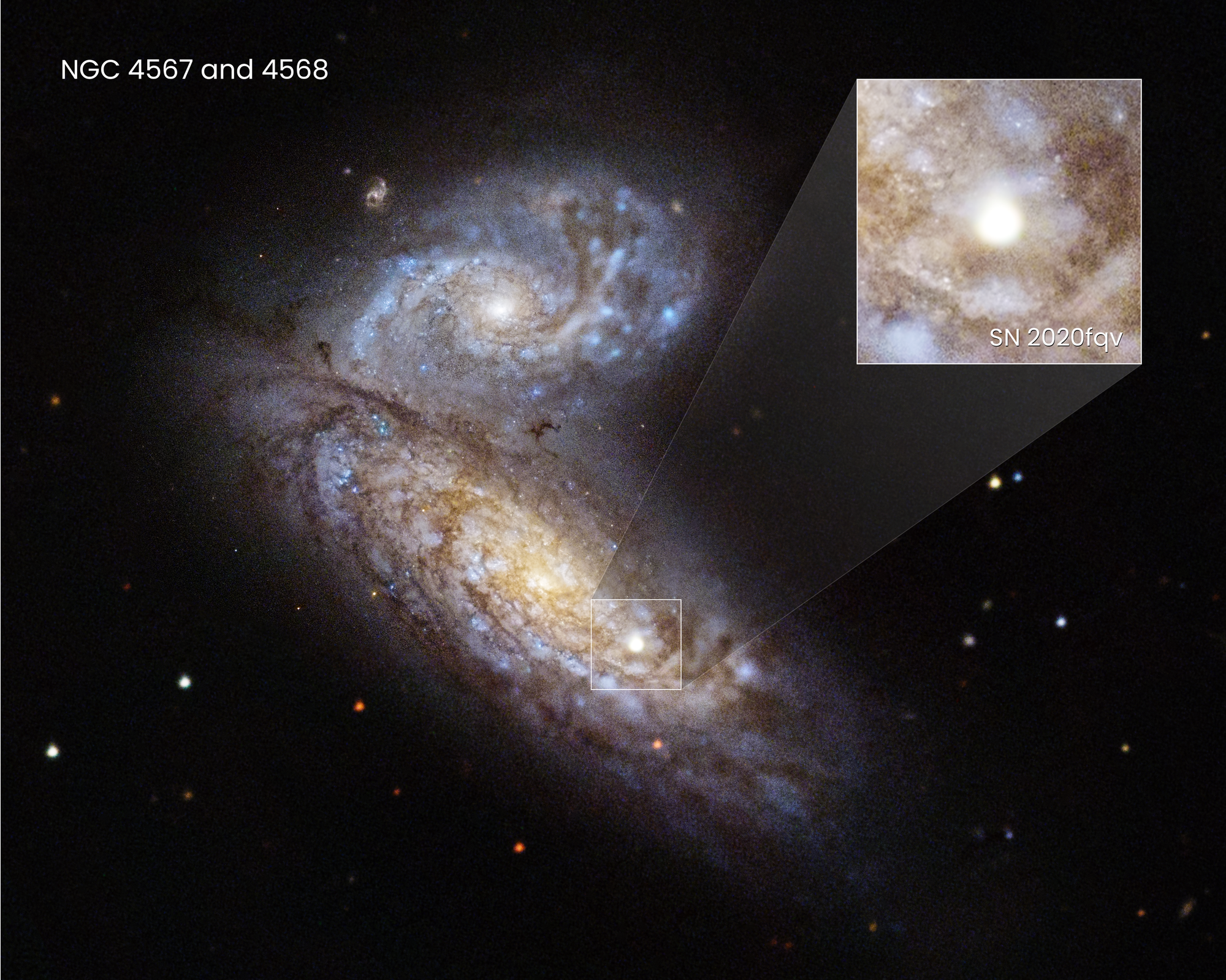