After recovering from a computer glitch that shut down science operations for three days, New Horizons snapped this image of Pluto (right) and its big moon Charon on July 8, from a distance of just 3.7 million miles (6 million km). Images from two cameras were combined to produce the color version. New Horizons is scheduled to fly past Pluto on July 14. [NASA/JHUAPL/SwRI] 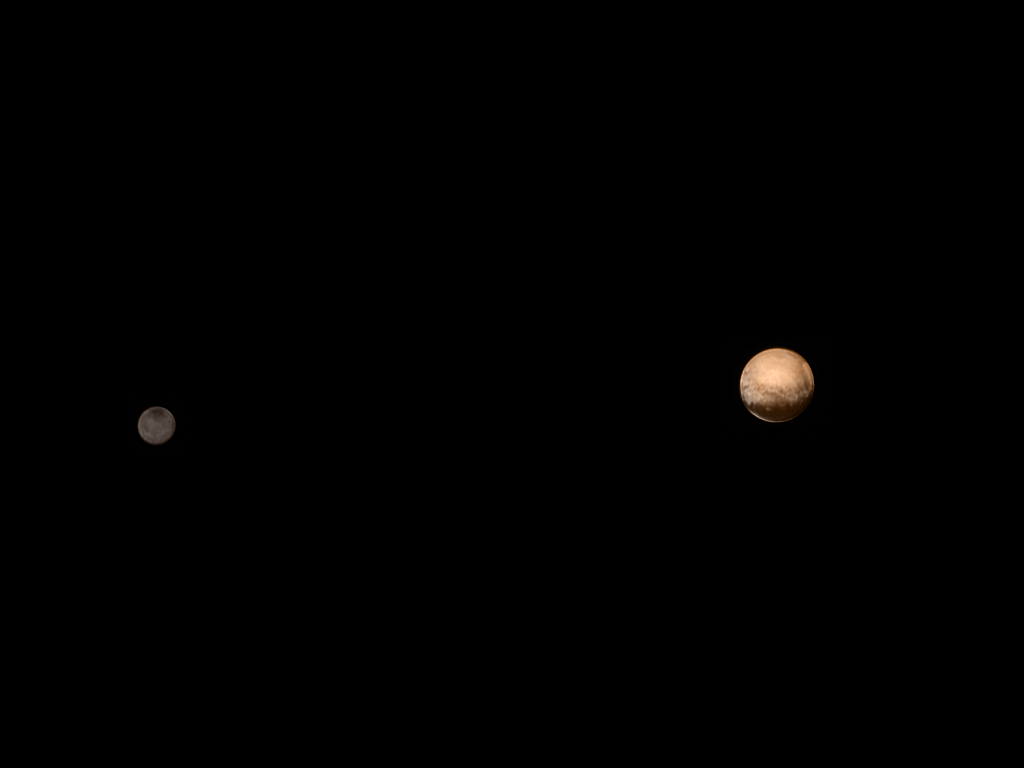