The last gasp of a failing star produces a giant bubble of gas and dust in this early view from James Webb Space Telescope (JWST). Known as the Southern Ring Nebula, it formed as the star reached the end of its life. The star's core got smaller and hotter, which pushed its outer layers into space. They form shells of gas and dust that continue to expand. The star's core will become a white dwarf, which is a small, dense stellar corpse. The central star in this image is a giant companion to the dying star (which is visible as a tiny dot in the "spike" to the lower left of the bright star). Before long it, too, will expel its outer layers, forming its own nebula. JWST shot this image in infrared wavelengths, which are invisible to the human eye. Scientists assigned colors to each wavelength to create the image. JWST has now entered full-time science operations. [NASA/ESA/CSA/STScI] 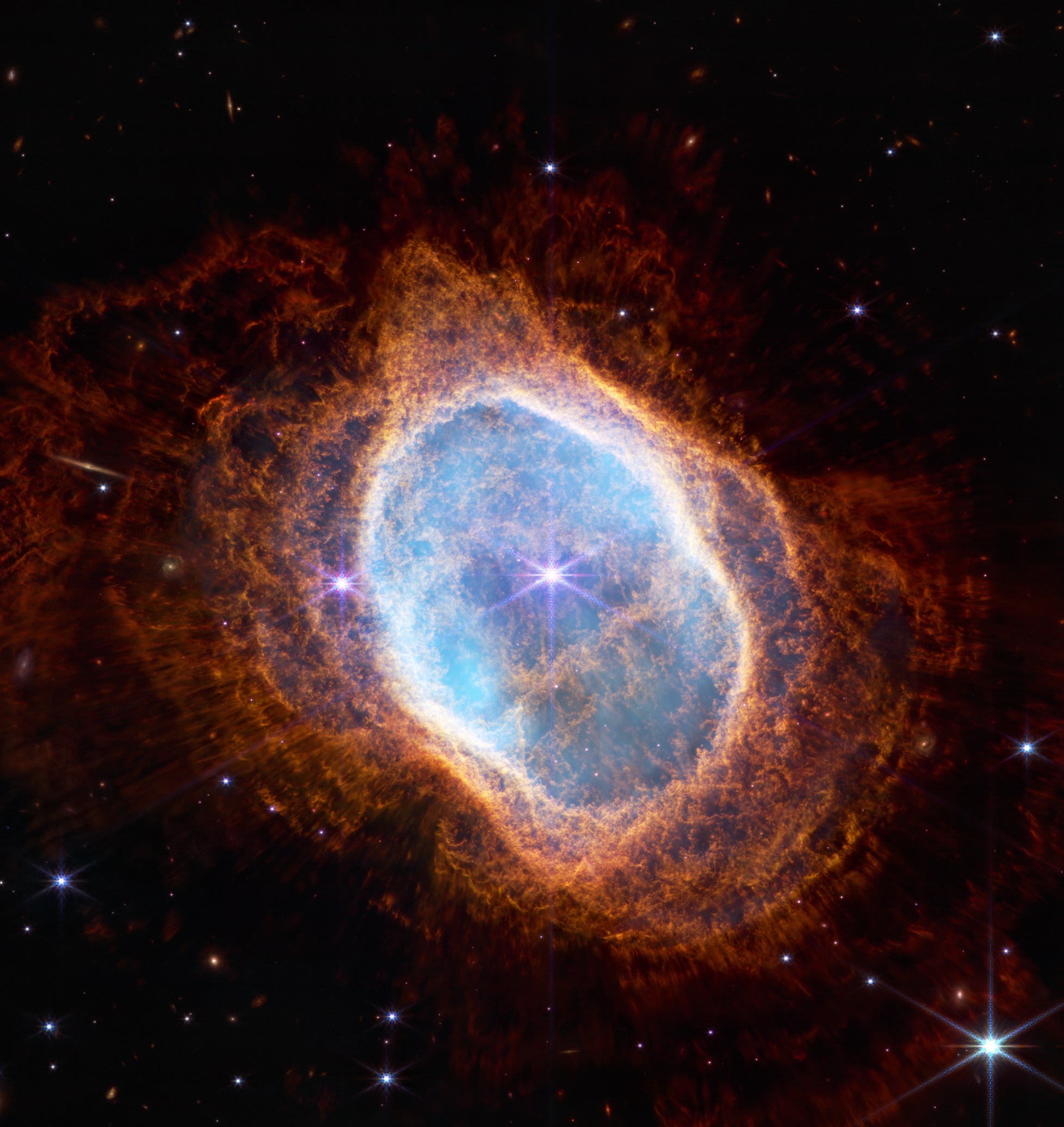