An electrically charged dust storm roars toward a small Mars rover in this fanciful illustration. Giant dust storms sometimes do blanket Mars. A planetwide storm in 2018 killed the Opportunity rover by blotting out the Sun, leaving the rover's solar cells unable to generate enough energy to sustain it. Scientists have studied possible lightning activity in dust storms, but have not been able to confirm it. [NASA]

Find out more in our radio program entitled
Mars at Perihelion 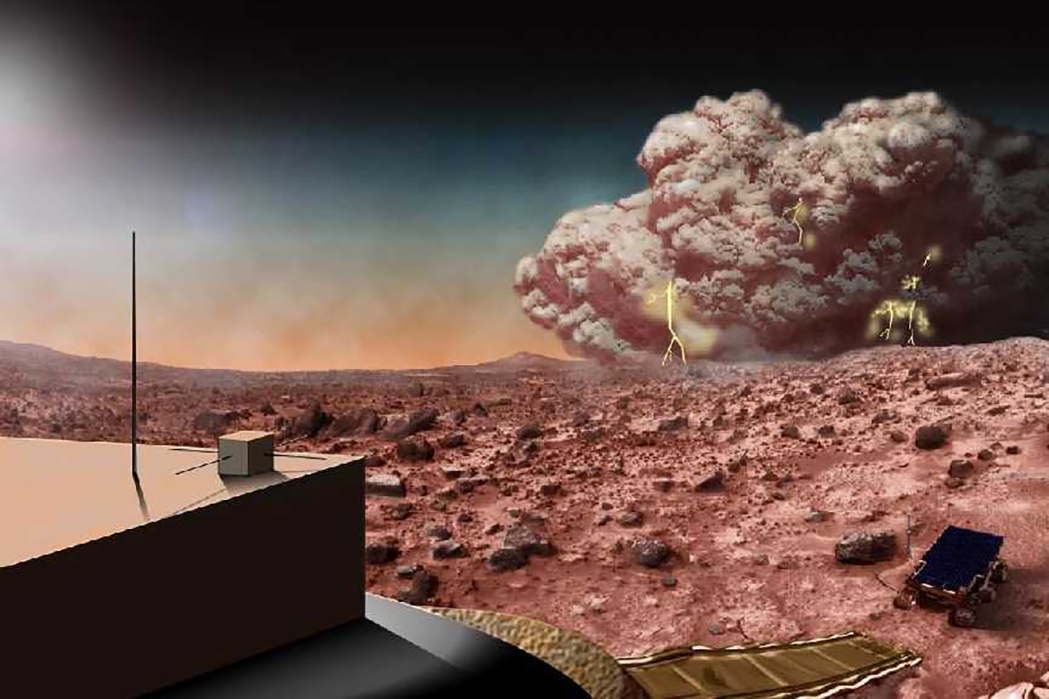