Recent images from James Webb (left) and Hubble space telescopes show IC 1623, a pair of galaxies in the process of merging, at different wavelengths of light. The Webb image shows the galaxies' infrared glow, which emphasizes lanes of dust (in red) where new stars are being born. In the Hubble view, at visible wavelengths, those lanes are dark. The core of the merging galaxies is especially bright in the infrared as well, although the "spikes" around it are caused by the telescope's internal structure, not the core. As the galaxies merge, giant clouds of gas and dust slam together, triggering massive bouts of starbirth. At the same time, great streamers of stars are hurled into intergalactic space (the fuzzy blue regions in both images.) IC 1623 is about 270 light-years away, in the constellation Cetus, the whale or sea monster. [ESA-Webb/NASA/CSA/L. Armus & A. Evans] 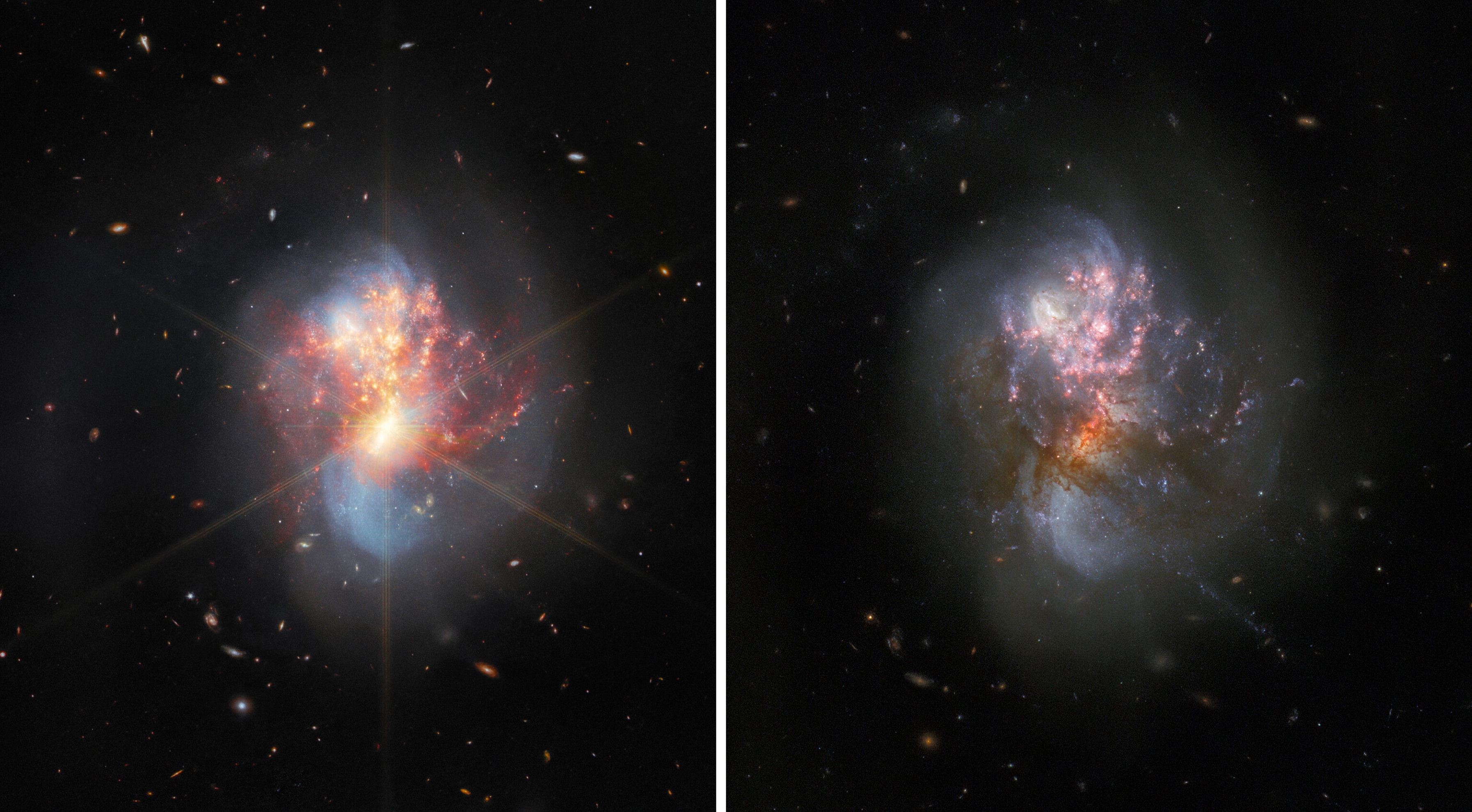