The Sea of Crises is one of the most noticeable features on the lunar surface. It's a small, dark circular patch near the Moon's eastern limb. This image, from Lunar Orbiter 4 in 1967, shows a wrinkled surface that formed as molten rock bubbled up from below the surface to fill a basin created when an asteroid slammed into the Moon billions of years ago. The feature, also known as Mare Crisium, is about 350 miles in diameter. A Soviet probe landed there in 1976 and brought back a few grams of the lunar dirt. [NASA] 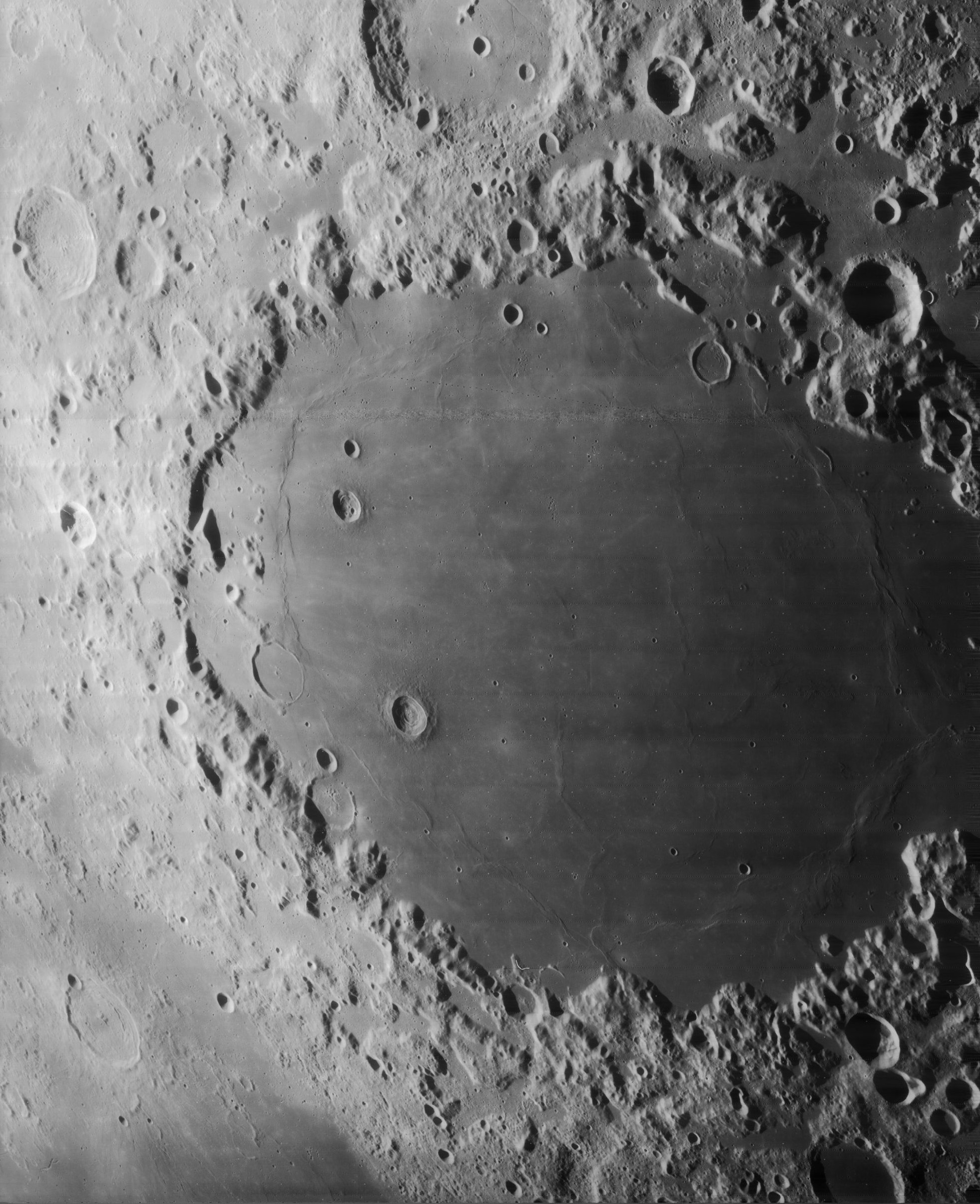