InSight, the latest Mars lander, deployed one of its two main scientific instruments on December 19. Its seismometer, shown here shortly after deployment, will listen for rumblings inside Mars caused motions in the planet itself or by impacts by space rocks. The observations will allow scientists to probe the Martian interior, which will reveal new details about the planet's structure and composition. [NASA/JPL] 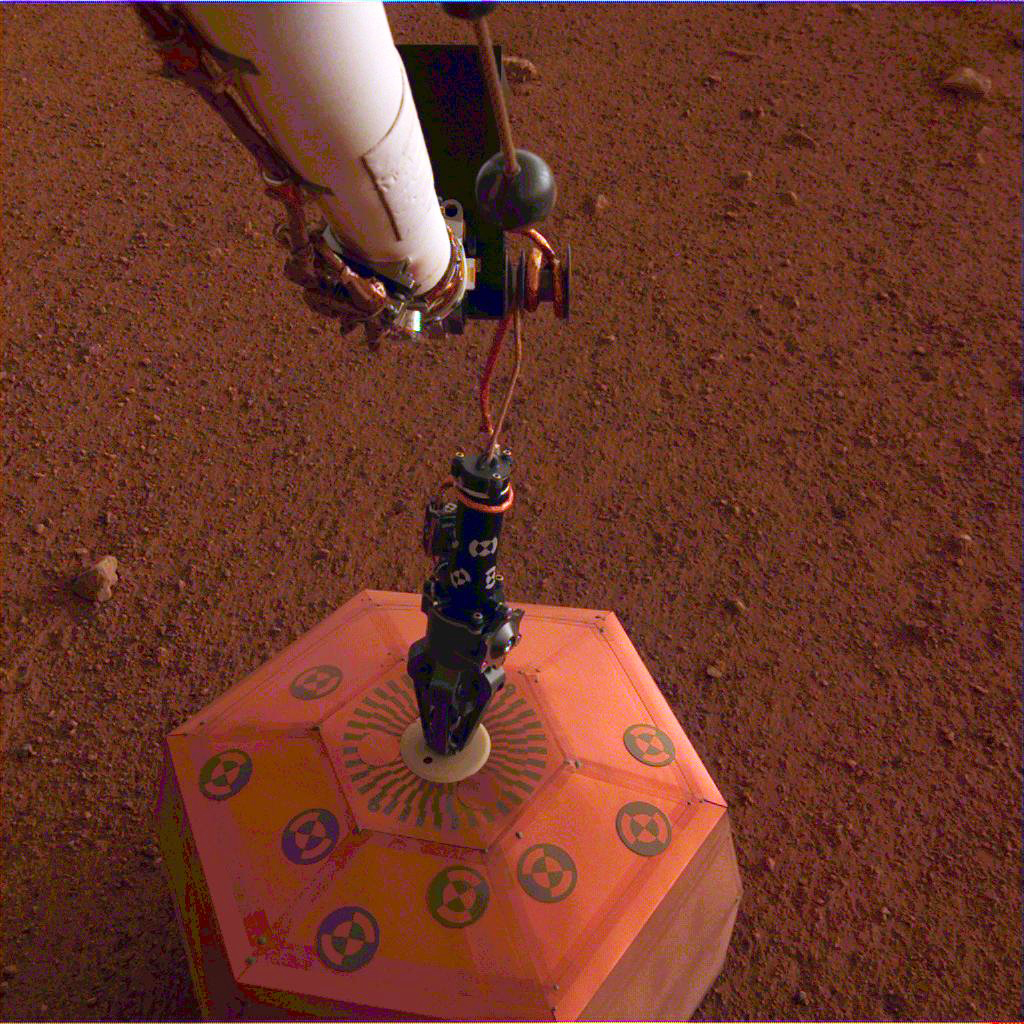